The series continues with a superb line up of Emmy and Grammy Award winners and nominees. 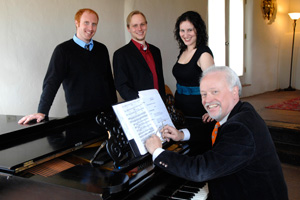 Unless otherwise noted, all lectures and performances are at 7 p.m. in the Allen Theatre on the Texas Tech Campus. General admission tickets are $15 and are available through all Select-A-Seat locations. Call (806) 770-2000 or visit www.selectaseat.com for more information.

Texas Tech students receive one free ticket for each event with a valid Texas Tech ID at the Student Union Building information booth located at the entrance to the Allen Theatre.