The university’s 43rd rider, Stacy Stockard Moncibaiz, will take ownership of the horse. 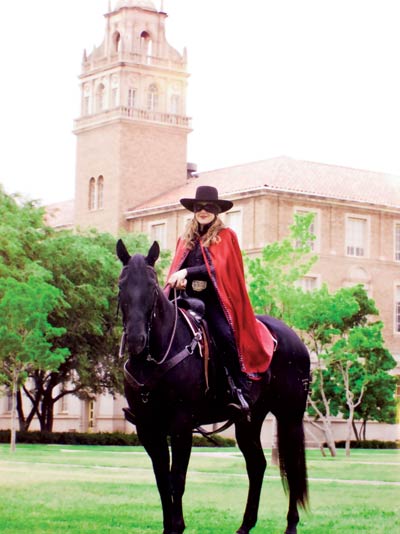 Moncibaiz atop Midnight Matador during the 2004-2005 season.

“Midnight Matador has been the heart and soul of our Masked Rider program for more than a decade,” Moncibaiz said. “I am honored to be selected to take care of him in his retirement. His well-being means the world to me, and I look forward to providing him with a wonderful, loving home.”

Amy Murphy, director for the Center for Campus Life, knows Midnight is in good hands.

“Stacy was an exceptional Masked Rider and has continued her involvement with the program as a representative on the Masked Rider Advisory Committee and Field Safety, as well as with Texas Tech University as a committed alumni and staff member,” Murphy said. “Stacy outlined a plan that will care for the aging horse and provide a stable home for him as he retires. One of the greatest aspects of the Masked Rider program is the community of former riders like Stacy who offer their continued involvement and support to the program. It only makes sense that Midnight Matador should make his new home with one of his former riders.”

Midnight Matador served 10 seasons and 11 riders, the longest-serving mascot in the program’s history. Only Happy IV-II’s eight-year term from 1980-1987 is the closest in length of service. Midnight was the 13th horse to ride for the program. 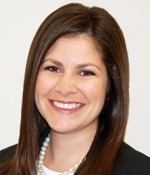 The Masked Rider committee announced Jan. 18 that Midnight’s replacement is Hollywood at Dusk, an 8-year-old Quarter Horse gelding from a ranch in Tulia. A naming contest is underway through March 1, with submissions emailed to namethehorse@ttu.edu.