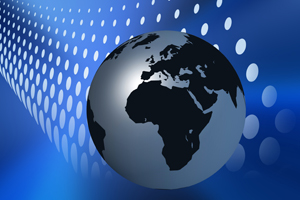 Performing research through the Texas Tech Libraries is about to get easier, whether it is done by students on campus or historians halfway around the world.

A $53,000 gift from the Hoblitzelle Foundation has secured a Mekel Mach IIIQ scanner, which will lead to access of non-restricted content via the Internet.

"We have thousands of microfilm rolls in our collections, which include rare newspapers and specialized information," said Traci Odom, director of development for the Texas Tech Libraries and author of the grant proposal. "Researchers previously had to come to the library to access it."

The purchase expands upon resources in development for the past eight years, said Joy Perrin, a librarian in the Digital Resources Library. Until now, the collection was comprised mostly of books, including theses and dissertations.

Digitization also has added benefits, including preservation of time and resources.

"Instead of a researcher having to sit at a microfilm reader and scroll through thousands of images of a newspaper, they will be able to search online for words and go directly to the results they want," Perrin said. "It also will result in the microfilm being used less, which helps the Southwest Collection and Special Collections Library preserve it for the long term."