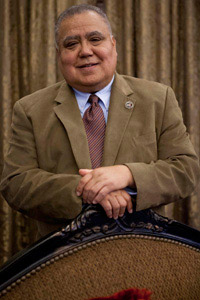 Montemayor graduated from Texas Tech in 1975 with a Bachelor of Arts degree in journalism. Montemayor started his journalism career as the editor of Texas Tech’s campus newspaper. Upon graduation, Montemayor took a job as a staff writer with The Dallas Time Herald. He was a member of the reporting team nominated for the 1977 and 1978 Pulitzer Prize for coverage about alleged civil rights violations of Mexican-Americans in Texas.

Montemayor was a member of the Los Angeles Times reporting team that received the 1984 Pulitzer Prize. He is noted as the most prolific staff writer involved with the project.  Following his work with the Los Angeles Times, Montemayor earned a MBA from the University of California Los Angeles. Montemayor worked in multiple aspects of media as well as held many executive media and marketing management positions during his career.

In 2004, Montemayor was the primary author of a 160-page treatment focusing on the economic, political and social impact of Latinos called: Right Before Our Eyes: Latinos Past, Present and Future. Montemayor currently serves as a journalism instructor and director of the Latino Information Network at Rutgers University in New Brunswick, N.J.