Recognizing Half a Century of Public Broadcasting 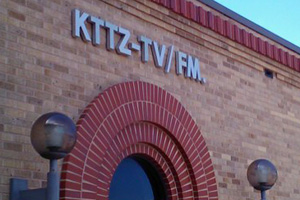 On Oct. 18, KTTZ-TV celebrated its 50th anniversary at the International Cultural Center with a preview of “The Dust Bowl,”.

As the sun started to set on Oct. 16, 1962, a three-hour broadcast of college telecourses began airing out of the old Beef Cattle Pavilion Building on the campus of Texas Technological College.

Fifty years later, a lot has changed, from the names of the station and the university to the location and technology of the broadcast. But the mission of KTTZ-TV has remained the same - to provide alternative, educational and informative television programming to the Texas Tech and South Plains communities.

“It shows this community’s commitment to public broadcasting,” said Robert Giovannetti, interim general manager at KTTZ. “It’s hard for markets our size to sustain a public broadcasting station, but ours has been going strong for 50 years.”

On Oct. 18, KTTZ-TV celebrated its 50th anniversary at the International Cultural Center with a preview of “The Dust Bowl,” a new documentary by Ken Burns and Dayton Duncan, and a question and answer session with Duncan after the film. The full documentary will air on KTTZ-TV in two parts Nov. 18 and 19.

Giovannetti said programs like “The Dust Bowl,” that you can’t get on commercial television, really set KTTZ apart. While there’s something educational on every night, he said there also is a broad spectrum of programming that appeals to everyone.

Many public stations in markets similar to Lubbock simply pass on content from PBS or other larger markets. But Giovannetti said KTTZ-TV recently has started to emphasize local programming, including “Inside Texas Tech with Chancellor Hance,” “24 Frames” and “Locally Lubbock.”

“Not a lot of PBS stations, especially ones our size, are such leaders in developing local programming,” he said. “We’re breaking some ground in what we’re doing in production.”

Many people in the Lubbock area have grown up with this local PBS station, from the children’s programming to documentaries and even the first reality show on television, “An American Family.” Even so, the future of public broadcasting is uncertain. Going forward though, Giovannetti said it’s still a very positive future for the station, thanks to the support of the university.

“Chancellor [Kent] Hance and President [Lawrence] Schovanec have committed to supporting public broadcasting at Texas Tech,” he said. “Like every other entity on campus, we are going to have to operate more efficiently.”

During the welcome at the anniversary celebration, Hance reiterated his support for the TV station.

“We really think we provide a service that no one else provides,” Hance said. “KTTZ is very important to the community. Supporting this station is a great investment for our community and for Texas Tech.”

This support portrays an image that Texas Tech cares about public broadcasting. Giovannetti said television can be a great window into society, and they are trying to make KTTZ become a window into the university.

“We want to show what’s best about Texas Tech and tell some of the great stories that happen on campus,” he said. “We’re trying to be a real partner with the university and emphasize some of the things that might not get as much attention.”

Even with limited support, Giovannetti said the station not only survived, but also re-invented itself to make a difference locally. Looking ahead to the next 50 years, he said he would like to develop even more local features, especially with children’s programming and more university-related content.

“I think we’ve just scratched the surface on what we can do and how we can partner with Texas Tech,” he said. “I would really like to explore that over the next couple of years because if it weren’t for Texas Tech, KTTZ would not exist. That’s how I see this TV station remaining viable for the next five, 10 or 50 years.”