Two Texas Tech graduates and a distinguished friend were honored. 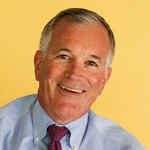 The Texas Tech University Rawls College of Business will honor two distinguished alumni and a distinguished friend at 6:30 p.m. Thursday (Oct. 25) at the Valley of Lubbock Scottish Rite, 1101 70th St.

Golden, owner of Golden Beverage Solutions and a graduate of Monterey High School, got his start in the beer industry at Texas Tech as a Miller Brewer Co. campus representative. He also delivered the University Daily newspaper and was a member of Phi Delta Theta fraternity. Upon graduation, Golden began his career with Miller Brewing, working for the company for 14 years. He then became the general manager of Andrews Distributing and led the company to become one of the 10 largest beer distributors in the nation. With 34 years of knowledge in the industry, Golden launched Golden Beverage Solutions in 2010. He is an original member of the Rawls Advisory Council having served actively since its inception in 2001. Golden and his wife Linda Storm Golden, a 1977 Texas Tech Arts and Sciences graduate, live in Dallas. 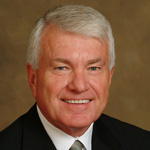 Harrod, president of Harrod Properties, was a member of Texas Tech’s Student Senate, vice president and president of Interfraternity Council, a member and officer of Phi Gamma Delta fraternity. Harrod also spent two years as a justice on the Texas Tech Supreme Court. He worked for Proctor and Gamble before joining Southern Airways, now known as Northwest Airlines, in Atlanta where he was responsible for sales, advertising, mergers and acquisitions. Harrod was managing area partner of Trammell Crow Company from 1978 until 1990 when he founded Harrod Properties Inc. He is CEO and has been involved with the development of more than 19 million square feet of office, industrial and retail projects. He serves on the Rawls Advisory Council, as well as on the board of directors of several other organizations including the Bank of Tampa, the Tampa History Museum, and the board of trustees for the University of Tampa. 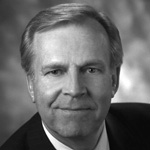 Bagley, chairman and CEO of Lam Research, received his bachelor’s in electrical engineering in 1961 and his master’s in electrical engineering in 1966 from Mississippi State University. Upon graduation, he joined Texas Instruments Inc. in Dallas with a career lasting nearly 16 years. In 1981, he joined Applied Materials in California. In 1996, he became the chairman and CEO of OnTrak Systems Inc., the industry leader in wafer cleaning. Upon completion of the merger of Lam Research Corp. and OnTrak Systems in 1997, Bagley became the CEO of Lam and has since transitioned to chairman of the board. Under his leadership, Lam has become a NASDAQ 100 company, a Forbes’ Platinum 400 company and one of the 10 best-managed companies in the semiconductor industry.  Bagley’s past board memberships include advisory councils at several universities. He serves as a member of the board of directors of Teradyne Inc. and is a member of the Dean’s Advisory Council at Mississippi State.

Southwest Conference Circle to be Preserved