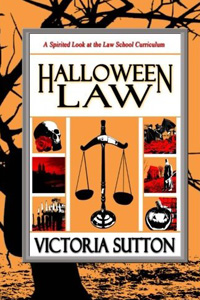 Who says studying law can be deadly dull? In a new book “Halloween Law: A Spirited Look at the Law School Curriculum,” Victoria Sutton exhumes cases that illustrate the subjects first-year law students are expected to master.

Using Halloween as a theme, Sutton, a Horn Professor at the Texas Tech University School of Law, has crafted a book for those wishing to be entertained and learn something at the same time. The book is a follow up to “The Legal Kiss,” her book looking at how the kiss has played a role in legal proceedings.

“I thought I might do something on vampires and the law,” Sutton said. “But there just wasn’t enough variety. But in my research I noticed a great number of cases revolving around Halloween, and it occurred to me the subject areas fell into the same categories we teach in the first year of law school.”

Sutton, who teaches constitutional law as well as biodefense and biosecurity law at Texas Tech, touches on those first year courses of constitutional, criminal, tort and property law. She also offers a few upper division courses in oil and gas law, employment law and legal ethics.

“I hope that non-lawyers will read the book and get a sense of what we learn and how we learn it in law school,” she said.

In the criminal law section, Sutton looks at whether Halloween excuses vandalism to some degree.

“Does a judge ever give any deference to the fact that it’s Halloween? Can you behave a certain way on Halloween and get away with it? The short answer is no. Vandalism is still vandalism and the courts have repeatedly said that,” she said.

Sutton also deals with the issue of haunted houses and the question: “can you win a lawsuit if you pay to get scared and then hurt yourself because you were scared?” 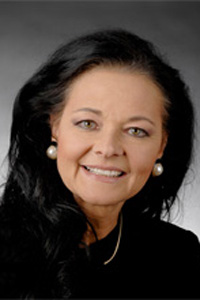 “In normal society we have a duty to other people not to frighten them and make them hurt themselves,” Sutton said. “But at Halloween, the courts have said that duty is modified. You are paying to get scared when you walk into a haunted house, so the courts have held that, unless there was something negligent such as trash left on the floor that contributed to the injury, haunted house operators are not liable if a person injures themselves reacting to a scare.”

Sutton wrote the book, but who is the “father of Halloween Law?” Sutton couldn’t find an answer to that, so she gives U.S. Supreme Court Justice Antonin Scalia the title. During an oral argument on Halloween, 2005 a light bulb went out with a loud pop prompting an exchange between the justices in which Scalia said “Happy Halloween,” making him the only justice to ever reference the holiday from the bench.

In keeping with superstition, Sutton skips Chapter 13 in the book but still delivers a short history lesson, writing: “Since Friday, Oct. 13, 1307 when King Phillip IV of France arrested (and murdered) the Knights Templar, it has been considered an unlucky day.”

At the end of each chapter there is a quiz with real, if somewhat tongue-in-cheek questions. “You can look at the answer first, if you like,” she said. “Once you’ve completed each quiz, you’ll be able to fill out the form in the back of the book recognizing that you’ve earned your Halloween Law letters.”

“Halloween Law” is published by Vargas Publishing and available at Amazon.

Sutton is the director of the Center for Biodefense, Law and Public Policy at Texas Tech. The center is the only one at a law school to focus solely on issues of law and biodefense, biosecurity and bioterrorism. She is a widely published author writing “Nanotechnology Law and Policy” in 2011. Sutton has received the Texas Tech President’s Book Award for her groundbreaking casebook “Law and Science: Cases and Materials.” She also has received the university’s New Faculty Teaching Award and the School of Law’s Distinguished Research Faculty Award twice. Sutton also has served in governmental positions. She was appointed by President George W. Bush to a two-year term as chief counsel for the Research and Innovative Technology Administration and served in the Bush administration as assistant director in the White House Science Office and the U.S. Environmental Protection Agency.