The honorees were recognized with an event at the Lubbock Country Club.

Honorees for 2012 will be recognized at the 30th Annual Distinguished Alumni Luncheon to be held at 11:30 a.m. Oct. 11 at the Lubbock Country Club. 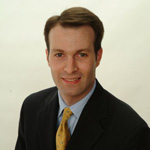 The Distinguished Alumni Awards are given to graduates of the College of Human Sciences who have advanced the reputation of the college through their significant achievements.

Dan Mauck graduated with a Bachelor of Science in agricultural economics in 1993, and planned to go elsewhere for his graduate studies until a friend suggested an introductory financial planning course as an elective. A year later, he added a second bachelor’s degree in family financial planning. Today, he is senior financial advisor at Clintsman Financial Planning in Southlake, where he devotes significant time toward practice management and operational oversight, as well as mentoring young talent within the firm. He resides in Richardson, where he enjoys spending time with family and friends. 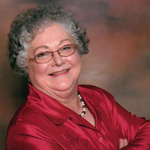 Kandy K. McWhorter received her Bachelor of Science in home economics, food and nutrition – business and merchandising option in 1977, followed by a master’s degree in home economics education in 1984. During her 31-year career with the Texas AgriLife Extension Agency, she spoke in more than a thousand news articles, television and radio programs on a variety of topics. Now retired, she works as a contract educator for the Child and Adult Care Food Program. McWhorter, a life member of the National Association of Extension 4-H Agents, recently moved to Abilene to be closer to family. 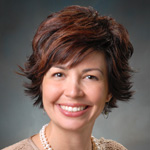 The New Achiever Award is given to graduates from within the last 12 years who have enhanced the reputation of the College of Human Sciences through their emerging achievements. 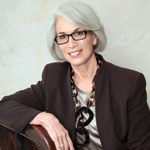 The Distinguished Leadership Award recognizes a significant leader who has achieved the highest levels of excellence in one or more fields associated with the College of Human Sciences.

Holly Hunt pursued her design interests at Texas Tech, where she graduated in 1968 with degrees in English literature, clothing and textiles. Today, she leads a multimillion dollar empire, as one of America’s leading showroom designers for furniture, lighting, rugs, textiles and leathers. Holly Hunt Ltd. is represented in 22 showrooms around the world, including the ones she owns in Los Angeles, Chicago, Minneapolis, Miami, Washington, D.C. and two in New York City. Based in Chicago, Hunt continues to be a major supporter of Texas Tech’s Department of Design. She is mother to three grown sons. 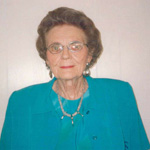 The Lifetime Distinguished Service Award is reserved for those who have significantly advanced the college and its goals of excellence in teaching, research and service. Candidates for this award may or may not be graduates of the college.

Clara McPherson earned her bachelor’s degree in home economics in 1939, and her master’s in food and nutrition in 1943. Her 33-year career in education included teaching in nursery schools before joining the Texas Tech faculty. She was an associate professor emeritus in the department of food and nutrition when she retired in 1986. More than 70 years after her graduation, she and her husband Clint continue to support the College of Human Sciences. Both reside in Lubbock and remain active in many service and professional organizations. Their three sons are all Texas Tech alumni.

Office of the Provost Announces Reorganization