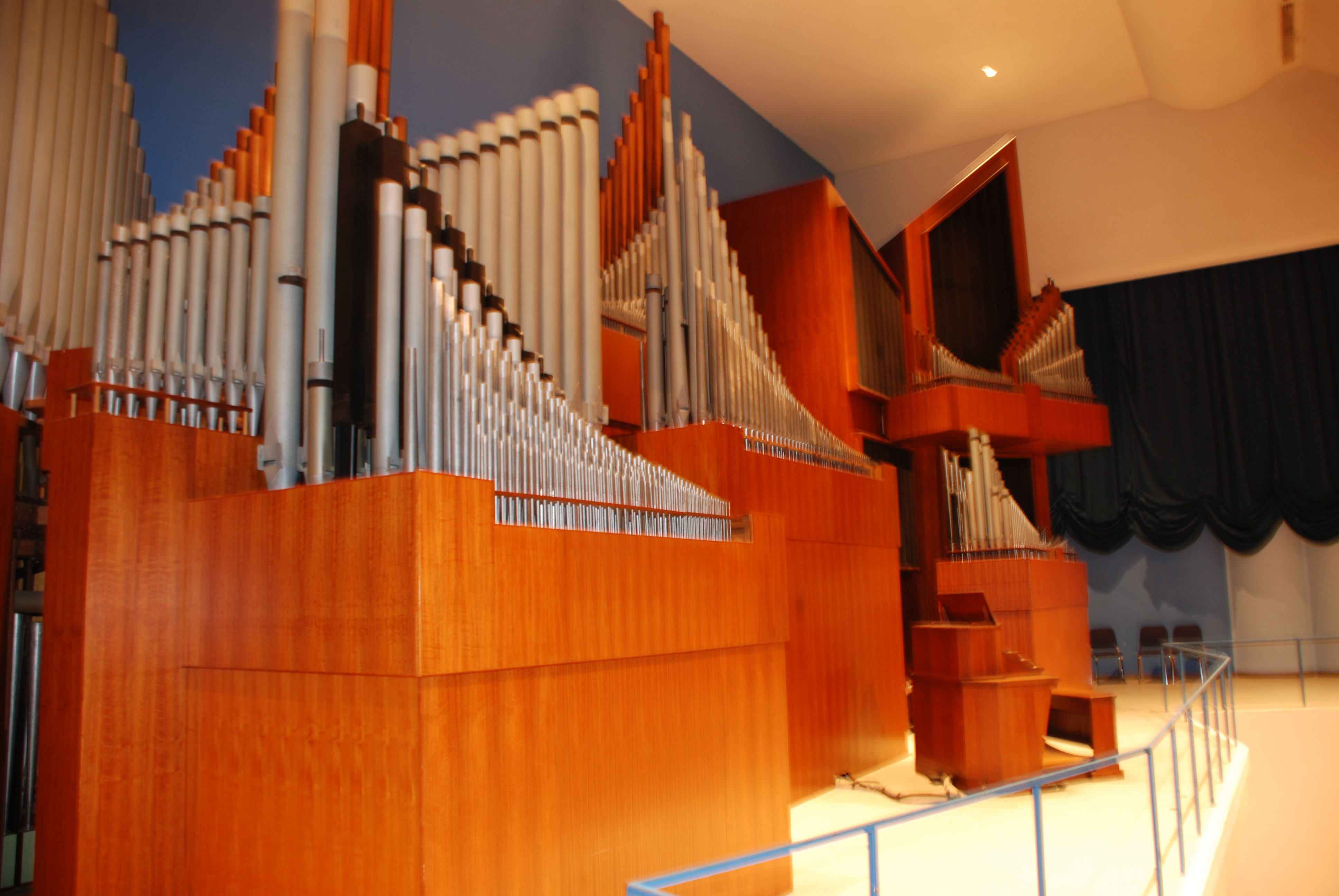 The Grand Holtkamp pipe organ had been without a complete overhaul since its installation and dedication in February 1977.

Texas Tech University’s School of Music will host James David Christie of Oberlin Conservatory in a concert at 3 p.m. on Sept. 23 in Hemmle Recital Hall to celebrate the renovation of the Grand Holtkamp Organ.

Christie will perform with the University Symphony Orchestra and Combined Choirs, conducted by Andrew George and Richard Bjella.

The program will include “Church Windows,” “Four Symphonic Impressions” by Ottorino Respighi, and other works that will include the organ.

This celebration culminates an endeavor that began in the fall of 2011, when the Holtkamp was found to be in need of serious renovation and expansion of its capabilities, without which it could have been rendered completely unplayable. The Holtkamp pipe organ had been without a complete overhaul since its installation and dedication in February 1977.

Director William Ballenger and the School of Music Executive Committee, charged with the task of raising $350,000 for the renovations, came up with the idea of amateur-athlete Ballenger running for pledges. Thanks to a very generous challenge grant from the CH Foundation, Ballenger had to raise only $175,000. After seven months, 1,000 miles, and the  help of supporters with large and small donations, the challenge was met.

The organ was installed when Hemmle Recital Hall was built. American organ builder Walter Holtkamp originally built the instrument for a recital hall at Oberlin College’s Oberlin Conservatory of Music. This grand instrument was then acquired by Texas Tech through a generous gift from Tommye A. Moss of Odessa and has served the music community for more than 33 years.

Fritz Noack, of Noack Organ, was secured to undertake this tremendous challenge and spent the summer carrying out the renovations. Noack has been building organs since he opened his shop in 1960 in Lawrence, Mass., after training in Hamburg, Germany.

Christie is internationally acclaimed as one of the finest organists of his generation.  He performed around the world with symphony orchestras and period instrument ensembles as well as in solo recitals. He was the 1979 First Prize winner of the Bruges International Organ Competition and was the first American ever to win the award in the prestigious competition. He also was the first person in the competition’s 18-year history to win both the First Prize and the Prize of the Audience. Christie has served as organist of the Boston Symphony Orchestra since 1978 and has performed and recorded with the major orchestras throughout the world.