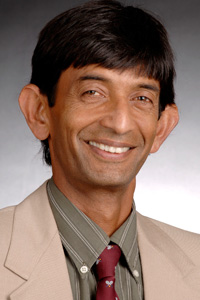 San Francisco is an associate vice president for research. He replaces Taylor Eighmy, who accepted a position in August as vice chancellor for research and engagement at University of Tennessee.

“It is my pleasure to appoint Dr. Michael San Francisco as interim vice president for
research,” Schovanec said. “Dr. San Francisco has more than 20 years of experience at Texas Tech, 15 of which have been spent in an administrative capacity. He is a respected faculty member with a strong record of teaching and research. He will begin his duties immediately as acting vice president for research and will become interim effective Oct. 1. I look forward to working with Dr. San Francisco on the crucial initiatives that are part of our research enterprise and ensuring that Texas Tech maintains its momentum moving forward.”

San Francisco said he was honored to receive the interim position and planned to continue fostering research growth at Texas Tech.

“First and foremost, I’d like to thank Dr. Eighmy for setting the stage for our future,” San Francisco said. “And as for me as interim vice president for research, I will make sure we maintain the momentum we currently have with research and work with Dr. Schovanec, the rest of the upper administration, deans and faculty members in a cooperative way to fulfill our research agenda.  I would also like to forge stronger research relationships with the health sciences center.”

Also a professor in the Department of Biological Sciences and a past associate dean in the Honors College, San Francisco worked on faculty development, interdisciplinary scholarship academy, strategic initiatives, proposal development and limited submissions as the associate VP for research.

He joined Texas Tech as an assistant professor in biological sciences in 1990 and was promoted to full professor in 2004. He also is a professor at the Texas Tech University Health Sciences Center in the Department of Microbiology and Immunology. He earned his bachelor’s degree in 1977 in India before attending Boston University, earning his master’s in biochemical ecology in 1980 and doctorate in biology-microbiology in 1984. He did post-doctoral research at the University of Maryland in biochemistry and molecular biology (1984-1987) and subsequently at Ohio State University (1987-1990), in biotechnology.

San Francisco has been the director of the Clark Scholars Program since 1997. This program provides an intensive research experience for high school students from across the nation and globe. He was director of the Howard Hughes Medical Institute (HHMI) Science Education Program from 2005 to 2008 and now is associate director for undergraduate research. He also serves as co-director at the Center for the Integration of STEM Education and Research. He served as the faculty director for the Joint Admissions Medical Program (2001-2008), a program run by the State of Texas for those students who are academically eligible and economically underprivileged who wish to attend medical school.