The two-day event covers environment and evolution and will be held at the McKenzie-Merket Alumni Center. 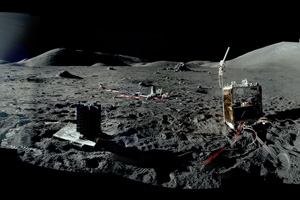 One of the featured events is about NASA's Exobiology Program.

The agenda has been announced for the Earth, Life & System Symposium, which will be held Sept. 13-14 at McKenzie-Merket Alumni Center on the Texas Tech University campus.

The two-day event covers environment and evolution, and is held in honor of Lynn Margulis. Margulis was distinguised university professor in the Department of Geosciences at the University of Massachusetts, Amherst.

This symposium is sponsored by the College of Arts and Sciences, Office of the Vice President for Research, the Transdisciplinary Academy, Center for the Integration of Science Education and Research, the Haragan Lecture Series, and Sigma Xi at Texas Tech.