Texas Tech's Steve Presley also says the virus may have mutated into a more virulent form. 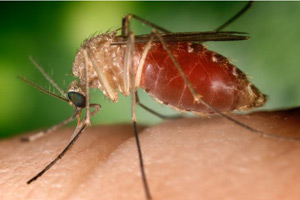 Last year’s drought, recent on-and-off rains in the Metroplex and people forgetting to drain standing water all have played a role in the increase of mosquito populations in urban areas.

With almost 1,600 cases of West Nile Virus and 66 mortalities reported to the Centers for Disease Control and Prevention (CDC) nationwide, officials are calling the recent West Nile virus outbreak the largest ever seen in the United States.

Steve Presley is a zoonotic disease researcher at The Institute of Environmental and Human Health at Texas Tech University and the chairman of the City of Lubbock Board of Health. He said complacency and apathy probably have played a role in the recent spike of recorded cases since interest in the now-endemic disease has tapered off after the initial nation-wide spread of the disease in 2002 and 2003.

“It’s very concerning what’s going on in Dallas and Tarrant counties,” Presley said. “As a good comparison, Harris County, which is Houston, has seven cases. Fort Bend southwest of Houston has two cases. Come up here to Tarrant, and there are 136 cases, Dallas has 158 cases and Denton has 82. It’s just a little pocket there in that big urban area Metroplex where it’s just rampant.”

An Increase in Mosquito Population

Last year’s drought, recent on-and-off rains in the Metroplex and people forgetting to empty containers of water around properties all have played a role in the increase of mosquito populations in these urban areas, he said. Though unconfirmed, Presley said it’s also possible the virus may have mutated into a more virulent form, since more cases of neuro-invasive West Nile virus have been reported than the one causing flu-like symptoms.

“I wouldn’t be surprised if the virus hasn’t changed in its virulence,” Presley said. “That’s what viruses do. Of the some of the recent cases in Texas, 440 were West Nile neuro-invasive and 450 were West Nile fever. But you have to be careful with those statistics. With West Nile fever, the majority of fever sufferers don’t report it because they think it’s a summer cold. They don’t go to the doctor, so it’s never diagnosed. These 290 human cases are confirmed through blood tests.” 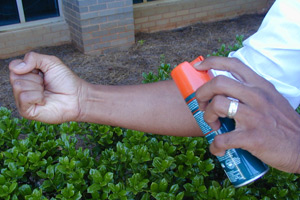 In northwestern Texas, a mosquito known as Culex tarsalis is largely responsible for carrying West Nile virus, Presley said. A large part of controlling any kind of mosquito-borne disease is using larvicides. Routine spraying and treating standing water can drastically reduce mosquito populations and the chances of contracting the diseases they carry.

As of Wednesday, Lubbock has four confirmed cases of West Nile Virus, he said. However, because of recent rains, mosquito populations will probably increase as will the likelihood of more infected people.

People should refrain from staying outside during dusk and dawn if possible, he said. Wear insect repellents containing DEET and long pants and shirtsleeves. Drain any standing water in dog bowls, flower pots, empty cans or other vessels and keep tall grass and weeds mowed short.