Hancock said winning the crown gave her confidence that she could do whatever she put her mind to. 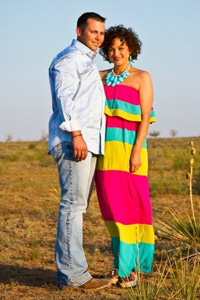 Hancock resides in Lubbock and is a pharmaceutical sales specialist and adjunct instructor at Texas Tech.

Melissa Hancock was crowned homecoming queen in 1999. She received her master’s degree in communication studies from Texas Tech in 2002. She currently resides in Lubbock and is a pharmaceutical sales specialist and adjunct instructor at Texas Tech.

Being named Texas Tech Homecoming Queen has been one of the most memorable life events to date. Being named homecoming queen was an experience that reinforced all the hard work and dedication that I had put into my time at Texas Tech.

I feel that I had a diverse list of accomplishments that ranged from sorority experience, intercultural clubs, philanthropy, and spirit organizations.

Winning gave me the confidence and the attitude that one can truly do it all. I was involved in many student organizations and worked while attending college and was still able to connect with the student body in a way that was full of impact and led to being voted homecoming queen.

Homecoming to me is a time for past, present and future of Texas Tech. Families are together, alumni reconnect, and the current student body celebrates. This is truly a time for all Red Raiders to be connected and unified under the spirit of Texas Tech. 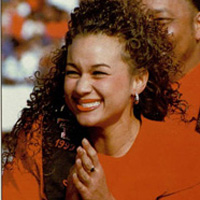 The top-grossing movie in 1999 was “Star Wars Episode 1: The Phantom Menace,” and the top song was “Believe,” by Cher.

Texas Tech was in a great time of transition. We all knew what was on the horizon but the changes had not begun to take place. The ‘90s were also a time of hope and accomplishment. Texas Tech was getting national coverage in both academics and athletics and we could all feel that big things were on the way.

I have worked in the pharmaceutical industry for the past 10 years and have been an adjunct professor in communication studies.

What advice would you give to future homecoming queens and kings?

I feel that being selected homecoming king or queen is such a special title that has impact throughout one’s life. I hope all celebrate the accomplishment and look at the position as one that will allow you to be an ambassador of the university for life.