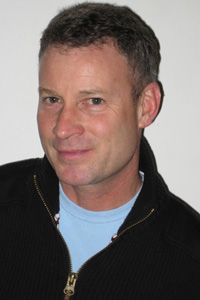 “The Worst Hard Time: The Untold Story of Those Who Survived the Great American Dust Bowl” earned Egan a National Book Award for non-fiction in 2006. Thought to be the worst ecological disaster in American history, this book provided the source material for filmmaker Ken Burns’ PBS documentary, “The Dust Bowl,” which will air on KTTZ-TV Nov. 18 and 19.

Performing Nov. 9 will be Grammy Award-winning folk rock singer and songwriter, Marc Cohn. He won the 1991 Grammy Award for Best New Vocalist and earned an additional nomination for the single “Walking in Memphis” the following year.

The spring season begins Feb. 8 with Peter Buffett, an Emmy Award-winning musician, philanthropist, and author. Buffett will transform his New York Times best-selling book, Life is What You Make It, into a multimedia event, combining clips from his film, television and philanthropic work with a cello-accompanied live piano and vocal performance.

Twice Grammy-nominated Latin Jazz pianist Nachito Herrera will appear in concert March 1. His love of classical music, combined with traditional rhythms from his native land Cuba, make Herrera a leader in the Latin jazz world. He has shared the stage with notable musicians such as Tito Fuentes and Chick Corea. 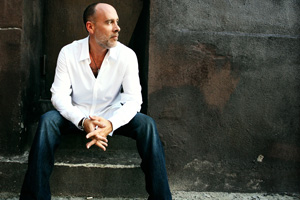 Performing April 12 is the legendary Grammy Award-winning and Academy Award-nominated folk singer and songwriter, Judy Collins. She received a Grammy Award for Best Folk Performance for her 1968 song, Both Sides Now. Additionally, her version of Stephen Sondheim’s Send in the Clowns won Song of the Year at the 1975 Grammy Awards.

Closing the 2012-2013 season is the Santa Fe Opera Spring Tour, a concert of popular arias and audience favorites, at 3 p.m. April 21 in the Texas Tech Hemmle Recital Hall. Admission is free with limited seating. No ticket is required.

Unless otherwise noted, all lectures and performances will be at 7 p.m. in the Allen Theatre on the Texas Tech campus. General Admission tickets are $15 and are available through all Select-A-Seat locations. Call (806)770-2000 or visit www.selectaseatlubbock.com for more information.

Texas Tech students receive one free ticket for each event with a valid Texas Tech ID at the Student Union Building information booth located at the entrance to the Allen Theatre.

Community outreach for these programs was funded in part by the Sybil B. Harrington Endowment for the Arts of the Lubbock Area Foundation.