New Interim Dean of College of Arts and Sciences Named 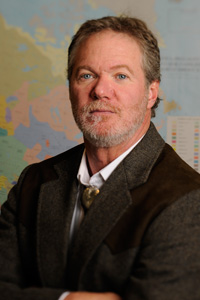 Texas Tech Provost Bob Smith announced that Jeffrey Williams will serve as the interim dean of College of Arts and Sciences.

Williams, also a professor of anthropology and the former chairman of the Department of Sociology, Anthropology and Social Work, currently serves as the associate dean of finance for the college. He replaces Lawrence Schovanec, who recently was named interim president of the university.

“Dr. Williams is an ideal person to assume the interim deanship of the College of Arts and Sciences at this time,” Smith said. “He has served as the college’s lead financial administrator and is recognized for his financial expertise among other college deans and associate deans. I believe he will serve very well in his new role in the college and the university.”

Williams said he was humbled by the appointment to assume the role of interim dean of the college.

“As the largest college within the university and with the vast majority of the core curriculum taught by the Arts & Sciences faculty, we interact with almost every graduate of the university,” Williams said. “While I know all the department chairpeople very well through interactions regarding finance, I look forward to getting to know more of the faculty who are teaching the courses and doing the research.”

Faculty don’t often have the opportunity to work on budget issues with college administration, and Williams said he wanted to make an opportunity to provide more knowledge to the faculty about the financial mechanisms of running a large and complex college that is equally committed to teaching, research and service.

As associate dean of finance, Williams’ primary responsibility was handling all matters of budget/finance for the college’s 16 departments and working on the college’s implementation of the new Responsibility Center Management budget model that is being adopted by the university.

Schovanec, the former dean, said he was pleased with Williams being named as interim. 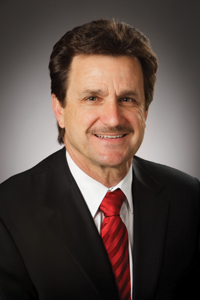 “Because of Dr. William’s experience and effectiveness as associate dean of finance, he is particularly well suited to serve as interim dean of the College of Arts and Sciences,” Schovanec said. “His administrative skills will serve the college well in meeting its large teaching obligation as it continues to grow and enhance the quality of its academic programs and research activities. His academic credentials and appreciation for the breadth of scholarly and creative activity in the college will make him a credible and effective advocate for the faculty and students.”

Williams taught previously at the University of Sydney (Australia), Vanderbilt and Cleveland State University prior to coming to Texas Tech in 2006 to serve as chairman of the Department Sociology, Anthropology and Social Work. He was appointed associate dean of finance in fall 2010.

Areas of Williams’ research concentration include primary language documentation, language contact and change, sociolinguistics — fieldwork in Papua New Guinea, throughout the West Indies (mostly Anglophone islands), U.S. – Southwest region (Navajo language, Comanche language), Australia (with urban Aboriginal populations), and Montagnard refugees in the U.S. (documentation of Jarai language). He worked as a consultant for the Rock and Roll Hall of Fame and Museum in Cleveland while on faculty at Cleveland State.

The College of Arts &Sciences at Texas Tech offers a wide variety of courses and programs in the arts, humanities, mathematics, social and behavioral sciences, natural sciences, and communications.

The largest of the colleges at Texas Tech, it offers 120 degree programs in 16 departments. Majors range from A to Z, from Anthropology to Zoology. With 8,333  undergraduate and 1,285 graduate students enrolled in the college, classes may range in size from large lower division lecture courses to more intimate upper division courses and graduate seminars.