Honors College and Communications Studies both will offer classes that delve into the pop-culture craze. 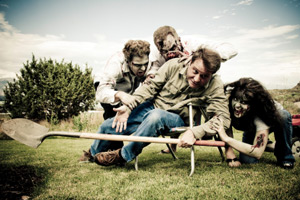 Weiner believes that zombies, in some respect, represent the chaotic world we live in.

You can learn a lot from a zombie.

At least that’s the way two instructors at Texas Tech see it.

Students in an Honors College class and a Communications Studies class both will experience the lessons of the undead this semester. And while it won’t be a crash course in surviving the zombie apocalypse, these instructors hope to use the zombie narrative as a means for explaining how we view our world.

For 20 Honors College students who managed to get into his class, associate humanities librarian Rob Weiner will instruct Zombie Culture: The Zombie in History, Film, Literature, Sequential Art and the Popular Imagination. The film-intensive course will study the genre’s growth, touching on the mythical aspects native to countries such as Japan and West Africa, and cover how Western society adopted it into a form of fear fiction.

“I’ve done some preliminary research, and there are zombie classes all over the place,” Weiner said. “But they might not have the spin on them that I do. There are a lot of classes on the zombie apocalypse and what you should do in an invasion. I’m not interested in that. I’m into talking about zombies in history, pop-culture, what constitutes a zombie, why we even talk about zombies and why they are popular. I’m actually puzzled by it because zombies are gross. To me, zombies are the most terrifying monster. No matter how many you kill, they just keep coming. Maybe that’s it. Maybe that’s the attraction.”

The History of Zombies 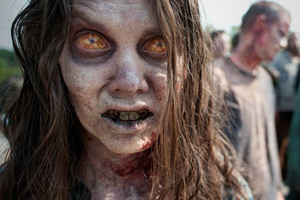 Miller's class will include plenty discussion about surviving a possible zombie apocalypse.

Starting off as mindless automatons created through West African religious rites in the 1930s, Western culture never really embraced these monsters, he said. In films such as “White Zombie,” humans were transformed into mindless slaves, though at the time other monsters such as Frankenstein, werewolves, vampires and the mummy (which is a zombie by default), eclipsed their popularity.

Fast-forward to the late ’60s and George Romero’s “Night of the Living Dead,” and the storyline changes, Weiner said. The catalyst for becoming a zombie is no longer religious, but scientific. Some cause, perhaps radiation or a biological agent reanimates the dead who have only one desire — to eat the flesh of the living. Once bitten, victims of these new zombies will become one of this collective of the damned.

“I think zombies represent the chaotic world we live in,” Weiner said. “Zombies represent the fact that no matter how you try to escape the chaos, they just keep coming. In some way the zombies are a reflection of humanity that is not pretty. They’re ugly and disgusting, and we are fascinated with ugly and disgusting. Whether it’s the traditional zombie controlled by a ju-ju man or whether it’s the brain-eating zombie that’s decaying, zombies are, in a way, a warning. Going back to ‘Night of the Living Dead,’ they show the hive mentality. Zombies want to make you one of them. Zombies can teach us to be individuals and think for ourselves. Think critically. Develop critical thinking skills. The zombie can be used as a metaphor that says maybe we shouldn’t always follow the crowd. 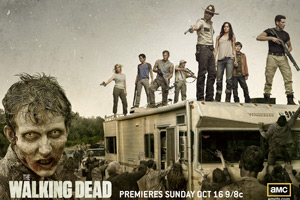 "The Walking Dead" television series has been well received since debuting in 2010. Its season two finale attracted nine million viewers to become the most-watched basic cable drama telecast in history.

“The zombie is a warning that we should remain unique. And question things.”

Since the dawn of time, humans have loved stories about the beginning, said Charles Miller, an instructor in the Department of Communication Studies.

They’ve also enjoyed stories about how the end might be.

“Right now, there seems to be a widely held desire to escape from the reality around us,” Miller said. “It’s appealing to escape from the mundane activities of everyday life and start surviving again. I think people fantasize about that. I don’t think people plan for it, but I do think most secretly hope for a chance to live what may be considered a more ‘authentic’ lifestyle.”

Those stories of end times are powerful tools when it comes to rhetoric and getting people to do what you want.

In fact, he admits that’s part of the reason why he included zombie apocalypse in his class, Special Topics in Rhetoric. If he’d used Plato and Aristotle in the title of his class, he said he didn’t think as many people would have signed up to attend. 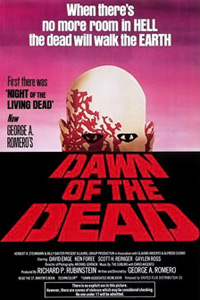 The "Dawn of the Dead" horror film came out in 1978 and was written and directed by George A. Romero

“The area I want to study the most is the idea of the way that we frame our discourse about the end of the world,” Miller said. “This discourse has its implications for the public sphere, and it influences how we interact with the world around us. Zombies are interesting examples of this. Students are fascinated with zombies. I think what draws people to them is that, no matter how they’re portrayed, they represent pure desire. Zombie movies often serve as critiques of our consumerist culture. That’s what I think most appeals to people about zombies: They are beings of pure desire who actually act on their desires, which invites others to play in the fantasy.”

In this course, students will examine apocalyptic scenarios and other disasters, such as meteorological, economic, and human-caused, to understand the implications these communicative practices have for the public sphere. Topics will include the Mayan calendar and prophesies about 2012, apocalyptic themes in the environmental movement, the March 2011 earthquake in Japan, and zombie movies including "I am Legend" and "Dawn of the Dead.”

“We’ll talk about the cultural phenomenon of survivalism, such as building fallout shelters in the ’50s, or survivalists building extravagant survival bunkers out in the woods. Right now, I’d venture to say that survivalist goods represent a multi-billion-dollar industry. We’re also going to look at how apocalyptic rhetoric is used as a recruitment tool and is typically used as a means for other ends. For example, there is a strain of apocalyptic rhetoric present in the environmental movement. That’s not to say that it’s not without merit, but they use it as a mechanism for emphasizing our connection with and responsibility to the natural world.”