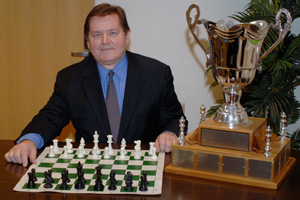 Texas Tech officials have announced the hiring of Al Lawrence as the new director of the Texas Tech chess program and Alex Onischuk as head coach of the defending national college chess championship team.

Lawrence is the former executive director of the U.S. Chess Federation and a founder of the World Chess Hall of Fame. Lawrence is an award-winning chess writer and currently serves as president of the Chess Journalists of America.

“Becoming a member of Texas Tech University’s championship chess program is a unique and exciting challenge that is the culmination of everything I’ve done in chess,” Lawrence said. “It is quite an honor to become part of the Texas Tech University community and I look forward to working with others in the program to continue its competitive excellence while involving more of Tech’s students and the Lubbock community in chess.”

Grandmaster Alex Onischuk is the third-ranked chess player in the United States. He has won more than 30 tournaments in his professional chess career, including the 2006 U.S. Championship. For the past 15 years, he has ranked in the top 100 players in the world. He is a member of the U.S. Chess Olympiad team, which will compete in Istanbul in September. Onischuk was also captain of the University of Maryland, Baltimore County chess team, which won four consecutive collegiate championships from 2002 - 2006. Onischuk’s coaching experience includes working with two world champions. 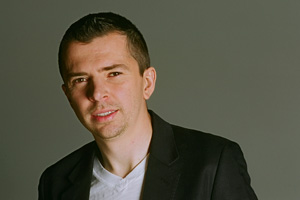 “I am thrilled to be selected as head coach of the defending national collegiate championship chess team at Texas Tech and I hope to use my national and international chess experience to help the Texas Tech chess team successfully defend its championship,” Onischuk said.

“The acquisition of nationally and internationally recognized chess professionals such as Al Lawrence and Alex Onischuk will further affirm the preeminence of collegiate chess at Texas Tech University,” Muñoz said.

Lawrence comes to Texas Tech from New York and assumed full-time duties in mid-July. Onischuk lives in Virginia and will relocate to Lubbock in October after he represents the United States in the 2012 Chess Olympiad.