The world is about to experience its third Friday the 13th for 2012, each exactly 13 weeks apart. 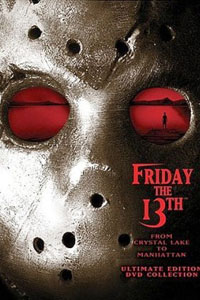 The world is about to experience its third Friday the 13th for 2012, each exactly 13 weeks apart. The last occurrence of this was in 1984. Scarier still, it fell on a leap year, which will not happen again until 2040. However, Texas Tech pop-culture expert Rob Weiner, doesn't believe in all the hype behind Friday the 13th.

"I think the whole Friday the 13th thing gets blown out of proportion," Weiner said. "It is like the 13th floor not existing in hotels and office buildings. One of those weird superstitions where the No. 13 is supposedly cursed."

Friday the 13th isn't just recognized on the calendar, it has also made its way into popular culture.

"The Friday the 13th movie franchise certainly helped perpetuate the notion, but it also brought about one of the most popular boogie-men in film history, Jason, through the course of 12 films. The franchise made millions and became part of the general popular culture landscape with Jason being the subject of books, action figures, cartoons, fan films and fiction and even mash-ups."