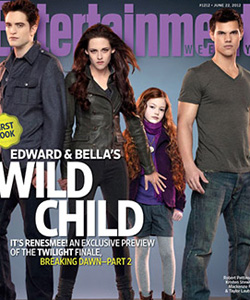 The "Twilight" saga is an example of the recent explosion of vampires in pop culture.

They originally came from Slavic folklore as a scapegoat for rising anxiety over the regressing status quo of the region. Today, they are the characters of some of Hollywood’s top-selling box office hits.

They are vampires, creatures who feed off the blood of other living beings.

Vampire expert Erin Collopy, an associate professor in Texas Tech University’s College of Arts and Sciences, said the preternatural creatures have had a constantly evolving perception in society since ancient times.

“The vampire craze goes up and down,” said Collopy, who teaches a vampire class at Texas Tech. “The last one was with Anne Rice books and “Buffy the Vampire Slayer.” But then it died down for a while. No one really paid any attention to the “Vampire Diaries” books in the early 90s, and so it wasn’t until Twilight that there was another huge explosion.”

The concept originally arose when the Austro-Hungarian Empire was expanding in the 18th century, a time when its citizens often came into contact with rural people digging up corpses. An epidemic was causing death in the villages, and often the first ones to die were thought to be vampires causing the death of others. The decomposing bodies they had excavated left them confused and startled about what was happening to the corpses, believing the bodies still had life.

“People were not very knowledgeable about decomposition back then,” Collopy said. “What was part of normal decomposition appeared to them as evidence of vampirism. The westerners were rational and scientific, and tried to explain what was happening to them.”

Slavic culture tended to use this idea of vampirism as a method of social control, where people were told to behave correctly, or they would become a vampire. Methods of destroying the body included piercing and staking. First, the Slavs would penetrate the chest in order for the trapped soul to escape from the body. Then they would pin the body to the ground to prevent any future possible movement, since they were still unsure of what exactly happens to a soul and body after death. Many examples of this process are found in Bulgaria, where skeletons are still found today with metals rods found pinned into the heart area. 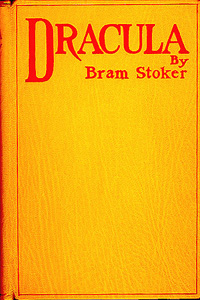 Collopy said when horror novel "Dracula" was released in 1897, fascination with the blood-thirsty vampires came to an all-time high.

As the world entered the Romantic era, Collopy said authors began to pick up on the concept of a vampire, and the perception changed into more of a demonic lover. Novels and plays were written depicting this vampire’s new demeanor.

Gothic horror novel “Dracula” came along in 1897, and Collopy said nothing has been the same since. After the novel came out, fascination with the blood-thirsty creatures came to an all-time high, eventually leading to the 1931 film adaptation starring Bela Lugosi. Preceding the 1931 film release, an unauthorized version came out in 1922 titled “Nosferatu,” but because the studio could not obtain rights to the novel, names and minor details were altered.

“The film version of “Dracula” also helped heighten vampire buzz, as well as the play that had preceded it,” Collopy said. “So unintentionally, this kind of sexy vampire has developed, but I think that development was also with the work of Anne Rice.”

However, vampires were certainly still feared. As more novels and plays were written throughout the 20th century, the vampire was often either the villain to be slayed, or an appealing mystery. The dividing perception often changed with gender: women were attracted to the dark, seductive vampires, while men often preferred to view them as a monster, something to be killed.

“I think the reason vampires are so popular is because they are such an effective metaphor for our own anxieties and desires,” Collopy said. “We often try to work things out about ourselves through them.”