These latest projections come from a team of researchers, including Texas Tech's Katharine Hayhoe. 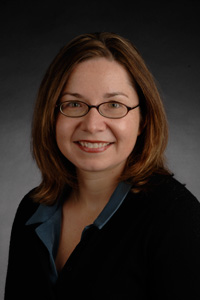 UC Berkeley researchers worked with Hayhoe to combine more than a decade of satellite-based fire records with historical climate observations and model simulations of future change.

A Texas Tech climate scientist said climate change is widely expected to disrupt future fire patterns around the world, with some regions, such as the western United States, seeing more frequent fires within the next 30 years.

The study published Tuesday, (June 12) in Ecosphere, an open-access, peer-reviewed journal of the Ecological Society of America. Researchers used 16 different climate change models to generate one of the mosHt comprehensive projections to date of how climate change might affect global fire patterns.

Katharine Hayhoe, director of the Climate Science Center at Texas Tech and co-author of the study, was part of a team led by researchers at the University of California, Berkeley, in collaboration with an international team of scientists.

“Most of the previous wildfire projection studies focused on specific regions of the world, or relied upon only a handful of climate models,” said Hayhoe, also an associate professor. “Our study is unique in that we build a forecast for fire based upon consistent projections across 16 different climate models combined with satellite data, which gives a global perspective on recent fire patterns and their relationship to climate.”

By the end of the century, almost all of North America and most of Europe is projected to see a jump in the frequency of wildfires, primarily because of increasing temperature trends. At the same time, fire activity could actually decrease around equatorial regions because of increased rainfall, particularly among the tropical rainforests.

“In the long run, we found what most fear — increasing fire activity across large parts of the planet,” said lead author Max Moritz, a fire specialist in UC Cooperative Extension. “But the speed and extent to which some of these changes may happen is surprising. These abrupt changes in fire patterns not only affect people’s livelihoods, but also they add stress to native plants and animals that are already struggling to adapt to habitat loss.”

The projections emphasize how important it is for experts in conservation and urban development to include fire in long-term planning and risk analysis, Moritz said, who is based at UC Berkeley’s College of Natural Resources.

UC Berkeley researchers worked with Hayhoe to combine more than a decade of satellite-based fire records with historical climate observations and model simulations of future change. The authors documented gradients between fire-prone and fire-free areas of Earth, and quantified the environmental factors responsible for these patterns. They then used these relationships to simulate how future climate change would drive future fire activity through the coming century as projected by a range of global climate models.

The fire models in this study are based on climate averages that include mean annual precipitation and mean temperature of the warmest month. These variables tend to control long-term biomass productivity and how flammable that fuel can get during the fire season, the researchers said. 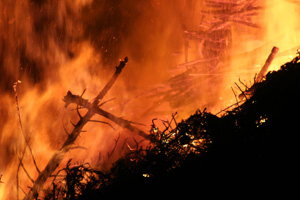 The projections emphasize how important it is for experts in conservation and urban development to include fire in long-term planning and risk analysis.

Variables that reflect more ephemeral fluctuations in climate, such as annual rainfall shifts due to El Niño cycles, were not included because they vary over shorter periods of time, and future climate projections are only considered representative for averages over time periods of 20-30 years or longer, the authors said.

The study found that the greatest disagreements among models occur during the next few decades, with uncertainty across more than half the planet about whether fire activity will increase or decrease. However, some areas of the world, such as the western United States, show a high level of agreement in climate models for the short term and long term, resulting in a stronger conclusion that those regions should brace themselves for more fire.

“When many different models paint the same picture, that gives us confidence that the results of our study reflect a robust fire frequency projection for that region,” Hayhoe said. “What is clear is that the choices we are making as a society right now and in the next few decades will determine what Earth’s climate will look like over this century and beyond.”

Study co-author David Ganz, who was director of forest carbon science at The Nature Conservancy at the time of the study, noted the significance of the findings for populations that rely upon fire-sensitive ecosystems.

“In Southeast Asia alone, there are millions of people that depend on forested ecosystems for their livelihoods,” he said. “Knowing how climate and fire interact are important factors that one needs to consider when managing landscapes to maintain these ecosystem goods and services.”

The researchers noted that the models they developed focused on fire frequencies and that linking these to other models of fire intensity and vegetation change are important next steps.

"Our ability to model fire activity is improving,” Moritz said. “A more basic challenge now is learning to coexist with fire itself.”

The Natural Sciences and Engineering Research Council of Canada, the U.S. Forest Service, the National Science Foundation and The Nature Conservancy helped support this study.