Rob Weiner served as co-editor for a special issue of the Journal of Graphic Novels and Comics. 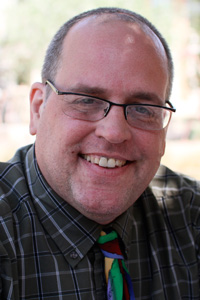 Weiner serves as a book review editor and is on the editorial board of the journal.

This unique issue focuses on audience and readership. It touches on a variety of topics, including the role of comics in adult reading practices, the culture within a comic book store and research regarding graphic novel reading in secondary school. In addition, the December 2011 issue looks at 19th century political pamphlets that were done in the comic format and the audiences who read them.

“Having Texas Tech University represented as a part of this exciting journal is a real honor,” Weiner said.

Weiner’s co-editor, Melany Gibson, also is a librarian and works at University of Northumbria in the United Kingdom. During regular publication, Weiner serves as book review editor and is on the editorial board of the journal.