Garrett Sorenson played the tenor in “Master Class,” which was nominated for Best Revival of a Play. 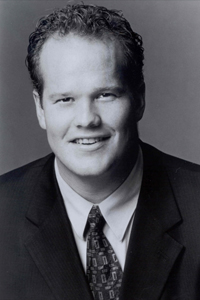 Sorenson’s character, Tony Candolino, is the tenor who sings in Callas’ master class.

Texas Tech alumnus and Broadway performer Garrett Sorenson is the tenor in “Master Class”, which received a 2012 Tony nomination for “Best Revival of a Play” Tuesday (May 1).

The production captures the story of Maria Callas (Tyne Daly) and the master classes she gave at Juilliard during 1971 and 1972. Sorenson’s character, Tony Candolino, is the tenor who sings in Callas’ master class.

“Finding out that a project you worked on and loved has been recognized in such a big way is verygratifying,” Sorenson said. “And I have to say that without people like Jack Gillas and Karl Dent in the Texas Tech School of Music, it never would have happened.”

Sorenson said Dent, a Texas Tech music professor, was the first person to tell him he needed to take his talent to New York.

“We finished our London West End run of ‘Master Class’ last Saturday night,” Sorenson said. “It’s a very bittersweet thing to end a show that I spent so many months on: wonderful friends, wonderful memories. But, I was ready to go home to Kentucky.”