Gregg R. Murray will travel to Israel for an intensive course in terrorism studies. 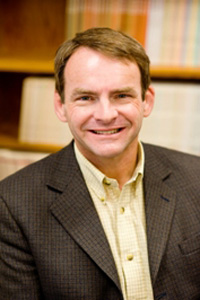 A Texas Tech professor has been named an academic fellow for 2012-2013 by the Foundation for the Defense of Democracies (FDD), a non-partisan policy institute headquartered in Washington, D.C.

Gregg R. Murray, an assistant professor of political science, will travel to Israel at the end of May for an intensive course in terrorism studies and how democracies can defeat the worldwide terrorist threat.

“Research I’ve done with current and former colleagues here at Texas Tech shows that one way people respond to terrorism is by turning out to vote in greater numbers,” Murray said. “This is an important opportunity to see first-hand and in-depth the factors that we think are involved in driving voters to the polls in response to terrorism.”

The FDD Academic Fellows program provides a 10-day learning experience to U.S. –based teaching and research professionals to provide them with cutting edge information about defeating terrorist groups.

The 2012 program, which will be conducted at Tel Aviv University from May 27-June 6, includes lectures by academics and military and intelligence officials as well as diplomats from Israel, Jordan, India, and the United States. It also includes hands-on experience through visits to police, customs, and immigration facilities; military bases; and border zones to learn the practical side of deterring and defeating terrorists.

“Terrorism is the greatest threat today to the world’s democracies, including the United States and our allies around the globe,” said Clifford May, president of FDD. “To win the war against terrorism, we must win the war of ideas by promoting democracy and defeating the totalitarian ideologies that drive and justify terrorism.”