Team finished third in tournament sweepstakes and fifth in season sweepstakes, which are both program bests. 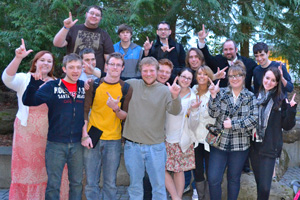 Texas Tech's fourth-place finish as a team was the best in school history.

The tournaments were held March 17-24 at Western Washington University in Bellingham, Wash.

“We fell just short of our goal of bringing another national championship home to Texas Tech, but I could not be more proud of our squad and its accomplishments,” said Joe Gantt, debate team coach and director of forensics at Texas Tech. “Joey and Adam had an amazing season, and one debate cannot change the fact that they have represented Texas Tech with excellence and honor this entire year. I am also especially proud of the depth we showed all season and at the national tournaments. The school awards we won are bests for our program and show that we have strong debaters at every level of our squad. That depth proves that despite the fact that several of our debaters are graduating, Texas Tech debate will continue to be among the nation’s best for years to come.”

They performed up to that lofty expectation, winning debates over teams from the University of Nevada, William Jewell College and the University of Puget Sound, among others, to reach the top six teams in the nation. 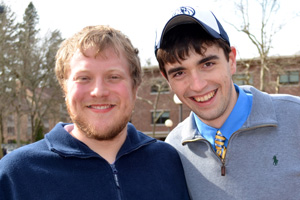 The team of Testerman and Donaghy lost in the final round to Washburn University.

In the quarterfinals and semifinals, Donaghy and Testerman defeated two teams from Southern Illinois University, including the first place team in the nation, to reach the final round. Unfortunately, Texas Tech’s run ended in the final round, as five of the seven judges voted for their opponent from Washburn University. However, the second place finish was Texas Tech’s highest finish ever at the NPTE.

Testerman was named the sixth best speaker in the nation.

The three teams in the top 32 also were a program best for Texas Tech.

Both of these finishes were the best in program history. Individual awards  included a fifth place finish for Donaghy and Testerman, ninth place for Riegert and Schaefer, 17th place for Kennedy and Seymore, and 33rd place for the team of Tyler Cashiola, a junior communication studies major from Deer Park, and Kevin Thompson, a freshman political science major from Rising Star.