Professor and streaks expert Alan Reifman says odds and history are stacked against the team. 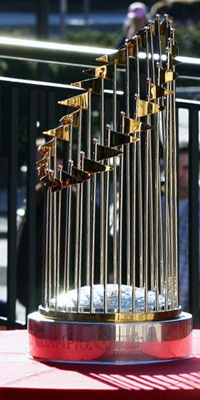 The Texas Rangers were one out away from claiming their first World Series trophy last season.

Friday the Texas Rangers host the Chicago White Sox for the season opener at Rangers Ballpark in Arlington. The home team hopes to be the first to advance to a third-straight World Series since the New York Yankees, who went to four in a row from 1998-2001.

Alan Reifman, a Texas Tech University professor who studies sports streakiness and conducts “hot hand” research, looked into the matter of a team’s prospects of going to three straight World Series. And needless to say, the odds are against the Rangers.

“In the ‘expanded playoff’ era (1995-present), a team must do three things to make the World Series even once,” Reifman said. “In making two straight World Series, they are already 6-for-6, but accomplishing the three tasks this year won’t be easy.”

The three things are:

2. Win the opening round of the playoffs

“Step one rewards the best teams over the long haul, as all teams have 162 games to prove themselves,” Reifman explained. “However, steps two and three involve short series (3-out-of-5 and 4-out-of-7, respectively). This allows random chance to play a larger role.”

Reifman is a professor in Texas Tech's Department of Human Development and Family Studies who conducts "hot hand" analysis and can speak to sports streaks and statistical probability. His blog can be found at http://thehothand.blogspot.com/.