The center strives to educate the public, helping them gain a better understanding of autism. 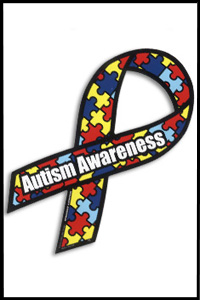 Autism affects 1 in 88 Americans and every year out of 4 million children in the U.S., approximately 36,500 children eventually will be diagnosed with autism.

Texas Tech’s Burkhart Center for Autism Education and Research has several activities planned throughout the month of April for Autism Awareness Month.

As cases of autism continue to increase, David Richman, professor and chairman of the Burkhart Center, said it is important to raise awareness of the issues pertaining to autism.

“By raising awareness, we hope people gain a better understanding of the people who are affected by autism,” Richman said, “and see them for what they are - people, just like everyone else.”

According to the Centers for Disease Control and Prevention, autism affects 1 in 88 Americans and every year out of 4 million children in the U.S., approximately 36,500 children eventually will be diagnosed with autism.

“We want to keep autism on the forefront, because of the increasing number of autism cases in the community,” Richman said.

The center provides a variety of resources in the areas of adult transition, technical assistance in implementing evidence-based interventions for children and community outreach services.

The seventh-annual Burkhart Walk for Autism Awareness will take place from 2 to 4 p.m. at Jones AT &T Stadium. This year’s honorary walk chairwoman will be Nikki-Dee Ray, KLBK’s chief meteorologist.

There is no registration fee, but donations are welcome. All proceeds will benefit the Burkhart Building Fund.