The Institute of Environmental and Human Health will use the funding to assess diseases and contaminants. 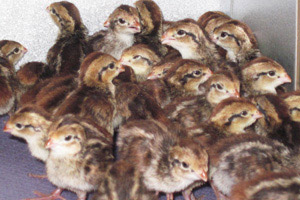 Historically, the rangelands and Rolling Plains of West Texas have been home to the greatest concentrations of quail in the U.S., but numbers have declined for the past 20 years.

“Poor bob-white,” the iconic song of one of America’s most popular game birds, is fading into a golden oldie as quail disappear in massive numbers. Now thousands of Texans want to know where all the quail have gone.

To find the answers, the Rolling Plains Quail Research Foundation (RPQRF) will provide $1.5 million to staff a new laboratory at The Institute of Environmental and Human Health (TIEHH) at Texas Tech that will support the assessment of diseases, parasites and contaminants that could impact quail.

The lab will serve as central receiving of quail samples for a partnership called Operation Idiopathic Decline, through which researchers from TIEHH, RPQRF, Texas A&M University and Texas A&M-Kingsville sample quail from 19 different counties across West Texas and 10 sites in western Oklahoma. Also, it will process various specimens to share with colleagues at other institutions.

The Demise of Quail Populations

In addition to the central receiving laboratory, which is staffed for operational capability seven days a week, TIEHH has created other support facilities. Part of the funding already received helped to build a new aviary to conduct experiments on the response of quail to various environmental issues. 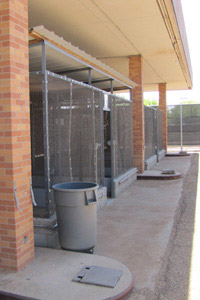 Part of the funding has already been used to build a new aviary to conduct experiments on the response of quail to various environmental issues.

Rick Snipes, RPQRF’s president said that the new partnership results in a major support capability for engaging many scientific investigators in a large-scale research effort involving multiple universities to evaluate the response of quail to possible pathogens.

“Initially, our focus is on the Rolling Plains of Texas and Oklahoma, and already we have interest from states as far away as North Carolina to be involved,” Snipes said. “We welcome a challenge, and we intend to meet it head on with solutions in terms of evaluating what has happened to our quail and how we can help them come back to the Rolling Plains of West Texas.”

Historically, the rangelands and Rolling Plains of West Texas have been home to the greatest concentrations of quail in the U.S. Numbers have declined for the past 20 years, but dropped to record lows in recent years. No one knows why.

This partnership between TIEHH and RPQRF takes aim at the problem.

Researchers expect to collect 600 to 1,500 birds annually over the three-year project. Nearly $3 million of private funding, donated by quail hunters themselves, has been earmarked for the studies, half of which has gone to TIEHH.

Ron Kendall, director of TIEHH and a principal investigator in the initiative, said that the institute is perfectly situated geographically, and staffed strategically to play a prominent role in the research effort.

“I’d say the fall quail population declined by as much as 80 to 90 percent in 2010,” he said. “This is a huge drop. Ranchers contacted us and said they were finding dead birds, or weren’t seeing quail like they had seen them before. This happened late last summer to a large degree.”

Steve Presley, associate professor of environmental toxicology, and his team will lead this central receiving laboratory.

“The ability to operate a central receiving laboratory has opened the door for receiving hundreds of quail specimens across the Rolling Plains so we can have the numbers necessary to evaluate health and response of quail to various environmental parameters,” Presley said. “As the study expands to other states, the lab at TIEHH is positioned to play a major role in this research.” 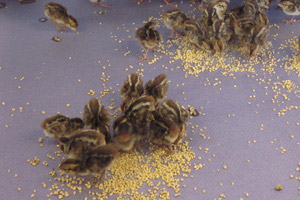 Researchers expect to collect between 600 to 1,500 birds annually over the three-year project.

Through Operation Idiopathic Decline, researchers have discovered the presence of eye worms in up to 50 percent of the quail from the Rolling Plains. Researchers said this infection rate is of great interest to the initiative. Scientists at TIEHH will evaluate the implications of eye worms in quail in terms of predator-prey relationships and foraging capability, in addition to determining the eye worm’s intermediate host, which is thought at this time to be a cockroach.

“This cutting-edge research would not have been possible without the partnership between RPQRF and TIEHH through the Operation Idiopathic Decline initiative,” Kendall said.

The demise of quail populations in the Rolling Plains is not of interest just to quail hunters. It has a significant economic-development angle as well. Hunters from across the nation travel each year to Texas to pursue the bobwhite quail.

By November, the arrival of orange-clad quail hunters and bird dogs brings vital revenue to economically strained rural communities. In the past decade, wildlife recreation has driven the real estate value of rural ranchland. Substantial quail populations on a property can bring premium value for land sale and lease contracts.

Dale Rollins, RPQRF’s executive director and a professor with Texas Agrilife Research, said the eyes of America’s quail hunters are focused on the ongoing research efforts.

“The new initiative and the emergence of the capabilities at TIEHH have given us a strategic base from which to attack this problem and, hopefully, overcome it,” Rollins said.

Faculty Honored for Excellence in Teaching and Research