Cell Phones for Soldiers is a non-profit campaign which collects old, used and broken phones. 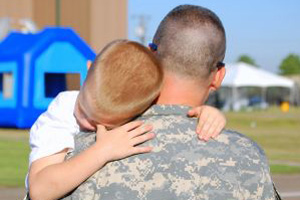 The campaign will help soldiers, marines, and airmen connect with their families.

A number of organizations across the Texas Tech campus are partnering throughout the month of April to collect used cell phones for the Cell Phones for Soldiers project.

“Cell Phones for Soldiers is a non-profit campaign which collects old, used and even broken phones,” said Jeffrey Poole, a senior geophysics major from Austin, a staff sergeant in the U.S. Army, and event coordinator for the Texas Tech Veterans Association. “The phones are sold to refurbishing companies and the proceeds are used to purchase phone cards for our deployed military.”

Poole said the campaign is important because it helps connect soldiers, marines, and airmen with their families from whom they spend long periods of time apart.

“I’ve been in their shoes and I know how difficult it is to be disconnected from your loved ones,” said Poole, who served two tours in Iraq.

Dates, times and locations of cell phone collection are as follows: