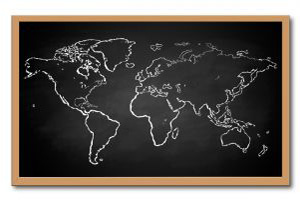 ELS Educational Services Inc. will run the facility and help recruit international students to the center.

Officials at Texas Tech announced the opening of an ELS Language Center this June to teach English as a second language to incoming international undergraduate and graduate students.

“We have been running our in-house English as a second language program for a number of years,” Nagy said. “But we as a university have never had the resources to put into it to make it a world-class organization. The program was never accredited. ELS Educational Services is the premier program for this, and they come with a global network of agents, offices and recruiters. In effect, they will be recruiting for us. I imagine our numbers of international students will be increasing, because they want to place their students with U.S. universities that house their programs.”

During the research process, Nagy said he and others looked at several campuses which used ELS Educational Services programs and found that officials at these universities reported the program exceeded expectations by doubling to tripling the amount of international students.

“It would be wonderful if Texas Tech could achieve 10 percent international students. Currently, we’re at about 5.6 percent. And our figures are askew. About 80-85 percent are graduate students. Most of the Big 12 numbers are closer to 60 percent graduate, 40 percent undergraduate. So it will be nice to also have a much larger number of
undergrads.” 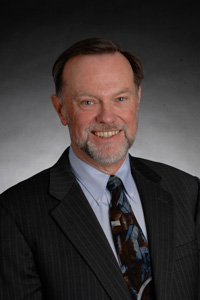 Nagy said the goal is for Texas Tech to accumulate 10 percent international students. The current number is at about 5.6.

Peggy Miller is the dean of Texas Tech’s Graduate School, which handles both graduate and undergraduate admissions for international students. She said providing an accredited English language program quickly to meet new Homeland Security regulations was unfeasible at the time in terms of space and resources. Officials chose ELS Education Services program because it could provide its own space near campus and would provide the university an accredited program instantly.

Students will pay ELS for the classes and housing. They will pay Texas Tech fees to access some places such as the library, the student recreation center and the Student Union Building.

Classes will begin on June 25.

In the past 50 years, ELS has helped more than 1 million students from 140 countries around the world learn English and with more than 60 locations throughout the United States and Canada, according to the program’s website. ELS provides intensive English programs and university placement assistance to executive business programs and vacation learning options.

With headquarters in Princeton, New Jersey, ELS is the largest recruiter of international students for U.S. and Canadian colleges, universities and postgraduate programs. More than 650 universities in the U.S., Canada, and Australia recognize completion of ELS Level 112 as proof of the English language proficiency necessary for admission.

Not only will more international students help the local economy, Nagy said, but also will contribute to the national economy.

“Very few Americans think of it this way, but our universities represent our sixth or seventh largest export,” Nagy said. “Our universities are so much better than most, globally. When an international student comes to the U.S., they are buying a U.S. education. It’s an extremely important component of U.S. exports in the balance of trade.”