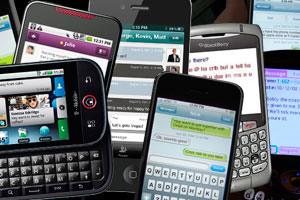 The Texts From Last Night website serves as a public archive for college students and 20-somethings to post their embarrassing text messages.

They range from the ridiculous to the sublime.

Texts from Last Night, a website dedicated to sharing embarrassing, funny, often bawdy text messages from college students across the country, grabs lots of eyes with as many as 5 million hits a day.

But what topics are driving this content that is supposed to represent the college experience? A graduate student at Texas Tech’s College of Mass Communications wanted to investigate.

The Most Shocking and Outrageous

In her thesis, Chaille Steed, an advertising major from Carrollton, dissected the site to find out what made it tick and why it was so popular. She titled her findings “Texts From Last Night: Misleading the masses with a Potent Dose of College Debauchery.” Her work was presented at the 2011 annual meeting of the Midwest Association for Public Opinion and won Overall Best in Conference at Texas Tech’s 2011 Arts & Humanities Graduate Research Conference.

“Last spring, I found myself just being obsessed with the website and going to it in times of procrastination when I should be doing other things,” Steed said. “I started to notice a shift in my mindset. I honestly felt like it was polluting my mind. As a graduate student, I was writing research proposals and conducting studies for the majority of my coursework. It wasn’t long until I realized I should translate this personal experience into some worthwhile research.”

As college students and young 20-somethings get inebriated and text their friends about the ensuing activities, the website serves as a public archive for these messages. Steed said college students in the Northeast created it in 2009 as a way to better share their funny text messages they got from their friends during the night. As she read, Steed said she was concerned about the activities discussed by her fellow students.

Glenn Cummins served as Steed’s thesis advisor. Watching how sites such as Texts from Last Night rise from relative obscurity to immense popularity overnight is fascinating, he said.

“Much of my research has brought social scientific tools to bear on entertainment content, so I'm the first to champion empirical study of what a lot of people would quickly dismiss as too trivial to study,” Cummins said.

Not What You May Think

As Steed started to look into the mathematics of the site, she discovered that they receive more than 15,000 text message submissions per day, but since 2009 a sum total of only 30,000 have been posted. The low acceptance rate – less than one percent – indicated that the average inebriated text by the average college student didn’t make the cut.

“Although normal students, normal 18- to 24-year-olds are using this website, it is likely that the behavior portrayed on the site is not normal,” she said. “According to the site’s creators, accepted text messages tend to portray outrageous and shocking behavior.  Although the site holds widespread popularity, the content submission acceptance is strikingly low. The posted text messages reflect deliberate decisions by the site’s authors to craft content for entertainment value.”

In other words, the site portrays the outlying behavior – the ridiculous circumstances of college debauchery. However, that doesn’t mean the featured texts are normal behavior. That inspired Steed to analyze the content to see what possible effects it had among perceived social norms among college students, and mainly regarding sex, drugs and alcohol. 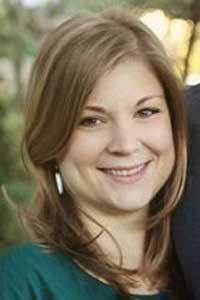 “Not too surprisingly, there was a lot of sex, drugs, alcohol, and what I called unidentified intoxication,” she said. “It was most likely drunkenness, but I couldn’t know for sure. I wanted to keep the results as objective and scientific as possible. More curious were the combinations of behaviors that tended to comingle. For instance, sex and insults were coupled more often than any other two behaviors. Kind of fascinating, huh? So people are having drunken, meaningless sex and texting a friend the next morning some insult about the person with whom they had sex. How lovely.”

Steed used the site’s random post generator to pull 1,000 random posts and coded them according to statements regarding sex, drugs, insults and self-reflective statements.

In With The "In" Crowd

The material reflected some of the same content found in any college-age-targeted movie or TV show, she said. But the difference was that, unlike movies or fictional accounts or representations of college life that include drinking, sex and drug use, the material is perceived to be real.

“We look to our peers for guidance,” Steed said. “Unfortunately, sometimes we conform to what we think is acceptable behavior among our ‘In’ group. The texts written by college students could exert a kind of ‘In’ group influence on peers who read them.”

But that doesn’t mean that they do, either, she said.

“It would be ridiculous for me to think that this one aspect of the media is misleading the masses,” she said. “However, research suggests that the media is one source from which people glean social norms. Because Texts from Last Night is seemingly made for college students by college students, these texts messages could be seen as virtual peer vignettes.”

“I do think that this type of content could be playing a role in perpetuating binge drinking, risky sex and drug use among college students. College students historically overestimate their peers’ risky behavior, which in return can accelerate their own risky behavior. At the very least, sites like Texts from Last Night are not helping the problem.”

Cummins said Steed’s results were pretty intuitive, but the value of her research is providing some objective data to validate that intuition. Her study also suggested that the mere presence of sexual behavior, alcohol use, or intoxication was only one reason for concern. These behaviors were often depicted simultaneously, and those associations give cause for concern.

“Library shelves are filled with countless studies exploring how exposure to media can have all sorts of consequences, so in this sense, her study isn't much of a departure,” he said. “But the real nature of the messages here could potentially have greater impact on reader perceptions.  Scholars have long examined perceived realism as an element of a media content that could moderate potential effects.  Now that her research has given us a look at the nature of this content, the next step will be assessing whether it does have these proposed effects.”

Alumna Gets Opportunity of a Lifetime on Reality Show