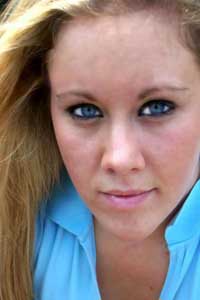 Harold has won two consecutive national dance championships, and has choreographed everything from state festivals to beauty pageants.

Texas Tech’s Pom Squad will have a new face on the sidelines this spring.

“Erin brings a wealth of experience and knowledge to this position,” said Stephanie Rhode, director of the spirit program in the Center for Campus Life. “We are all eager to add someone of Erin’s caliber to the Texas Tech Spirit family.”

Harold may not feel so far away from home, with WVU’s entry into the Big 12, but even with that occurring, she’s excited to make her own way to the Big 12.

“I am thrilled to be a part of such a rich tradition and look forward to working in such a prestigious conference,” Harold said. “I can’t wait to get started working with the Texas Tech Pom Squad, and hope to continue to make all of the fans and supporters proud of this team not only in the community, but in the national spotlight as well.”

Originally from Wheeling, W.Va., Harold is a graduate of WVU with a bachelor’s degree in exercise physiology and also is an A.C.E. Certified Personal Trainer. She was a two-year member of the WVU Dance Team, coached for three years and earned two consecutive National Dance Alliance (NDA) collegiate national championships. Harold also is on staff with the NDA as an instructor, choreographer and adjudicator.

Harold has been a highly sought-after teacher and choreographer in the tri-state area of West Virginia, Pennsylvania and Ohio, and had recently traveled to Texas and California to teach master classes, as well as set choreography. She has choreographed for several state festivals and pageants, and just recently finished choreographing a production for the nationally recognized organization, Broadway Cares.

School of Law Named One of Top 20 Schools for Hispanics

Students, Do You Know Your Rights?