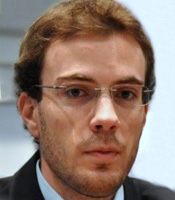 Meier and the Knight Raiders will defend their national championship March 30-April 1.

The national competition was held Sunday on the campus of the University of New Mexico in Albuquerque.

Texas Tech team members Zachary Haskin, a senior from Wichita Falls; and Trey Modlin, a freshman from Shaker Heights, Ohio tied for first in the under 2000 section. They each scored four points in six games.

Meier, of Germany, will lead the Knight Raiders as they defend their national title at their third straight Final Four appearance March 30 – April 1 in Washington, D.C.