The program targets current teachers desiring to be a science educator, supervisor or a regional science coordinator. 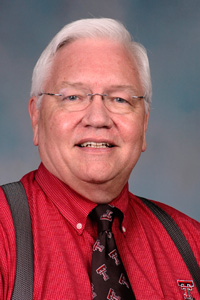 Texas Tech’s College of Education recently unveiled a new doctoral option in Curriculum and Instruction with a specialization in science education – attainable mostly at a distance – that should appeal to location-locked education professionals.

“To the best of my knowledge, we are alone among research universities in the U.S. in offering a blended delivery Ph.D. that specializes in science education, not including mostly online schools like the University of Phoenix,” said Walter Smith, Helen DeVitt Jones Professor of Education.

The department is taking applications through the end of April; review of applicants will begin May 1, with coursework beginning in the fall 2012 semester.

“We are targeting people who want to be a science educator at the university level, a science supervisor for a school district, or a regional or state science coordinator,” Smith said. “Probably the majority of students will be from Texas because of the cost; half as much for Texas students as for out-of-state, but students can be from anywhere in the world, as long as they can get to the face-to-face meetings.”

Applicants are required to have a master’s in science education or a closely related field, and they must have three years’ experience teaching science in K-12 or in informal science, such as a zoo or museum.