Professors and Students Getting the Most Out of Twitter

The social media site is being used as a teaching tool and branding device at Texas Tech. 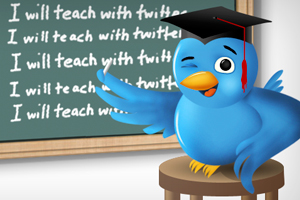 While a recent Babson survey found that only 2 percent of instructors use Twitter, some Texas Tech professors have already jumped on board and expect that number to increase in the near future.

When he read the requirement for a Twitter account in an email from his professor, he wasn’t sure about what ENGL 2305 had in store for him.

Jonathan Hickey, a senior exercise and sport sciences major, couldn’t discern what practical purpose Twitter had to learning poetry. Alarm bells sounded in his head. Could it be he’d gotten himself into something more difficult than he’d imagined?

According to a Babson Survey Research Group, a recent April survey of 2,000 university educators found 80 percent of them used social media as a teaching tool.

“I was kind of worried this class was going to be really tough, and we were going to go outside the borders of what we’re used to,” Hickey said. “But after getting into the class and doing it, it’s actually helpful, because you have to get more involved. You can’t just mindlessly read your assignment. You’re actually looking for things you can connect with instead of just scanning it.

“I enjoy using it for this class. You get your opinion out there and get to be more reflective.”

That’s exactly what Ruben Quesada, a graduate part-time instructor of literature and creative writing in the Department of English, wanted to achieve. He opened his account in 2007 after moving to Lubbock. As he settled into Texas Tech, the new medium allowed him to connect with contemporaries in the field of poetry. 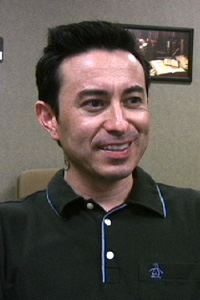 Ruben Quesada, graduate part-time instructor of literature and creative writing in the Department of English, first created his Twitter account in 2007.

Quesada set up specific guidelines for Twitter in the classroom where his students tweeted several times a week and recorded the tweets they make in a notebook for a grand total at the end of the semester. He made having a Twitter account essential to participating in the class.

Students followed updates or changes he made to the schedule through Twitter, which Quesada said was a lot easier to tweet those changes than to send out an email.

“The majority of the students hadn’t been on Twitter,” he said. “They didn’t see the point of it. A lot of people see Twitter as the same thing or similar to status updates on Facebook. When most of my students joined on Twitter, they started following other people who had the same interests as they do. Over time, students became more interested in the subject. They paid more attention to reading because they had to tweet specific passages. They’re warming up to it.”

So long as the sound is off, it’s not unusual to watch students pulling out their phones and laptops in class to check their Twitter accounts – something Quesada said was unheard of a few years ago.

The same Babson survey found that only 2 percent of instructors use Twitter. An online story in U.S. News and World Report suggested that the 140-character limit on communicating may cause academics and language purists, afraid that social media is killing the English language, to shudder.

But Quesada said he doesn’t mind if students adapt their message to the 140-character limit.

“I’ve allowed students to eliminate terminal punctuation with their tweets to make sure they’re able to include an entire, comprehensible and comprehendible message,” he said. “Just like with texting, there are different ways to abbreviate words. I don’t mind that at all. What’s essential is being able to communicate the message.”

Courtney Meyers, an assistant professor in the College of Agricultural Sciences and Natural Resources, also decided recently to make tweeting part of her curriculum. 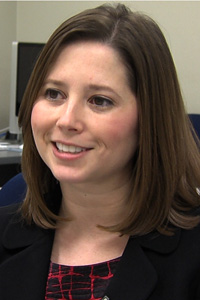 Courtney Meyers, assistant professor in the College of Agricultural Sciences and Natural Resources, started using Twitter in the summer of 2010.

In her summer class for Utilizing Emerging Media in Agricultural Communications, she had her students tweet at least three times a week with the class’ hashtag and something relevant to the course, such as sharing resources, answering another student’s tweet or retweeting a relevant story.

“I started using Twitter in summer of 2010 when we taught the course for the first time,” Meyers said. “It was really kind of our experiment to see what this fuss with Twitter was all about. Students are only going to get credit when they tweet about information that’s valuable to the course. I’m trying to get them to move past where they had their cup of coffee in the morning and into sharing an article.”

Meyers required students to participate in Ag Chat on Tuesdays, where participants use Twitter like a chat room. Students experience how professional communicators, professionals in the agriculture world and interested parties use Twitter to keep up to date on issues in different parts of the country.

Because social media and its uses evolve constantly, Meyers said she isn’t afraid to adapt an idea with her students’ input. But at the same time, she doesn’t rely completely on the new technology for imparting information to her students.

“Don’t be afraid to admit when things don’t go the way you want,” she said. “I’ve got to be able to be very open about it if things aren’t working. I like to ask students if they liked using Twitter. Do they think there should be a Facebook group for something? What do they want to use? What do they not want to use? At the same time, I don’t use Twitter as a be-all, end-all method to communicate with students. I’ve learned that just because you put it on Twitter and that tweet may be easier than typing up an email, students checking their Twitter for that information is not always something that happens.”

Students at the Rawls College of Business have been working to harness the power of Twitter since the summer, said Eric Ritchie, a master’s student in business administration who recently took over the college’s account. 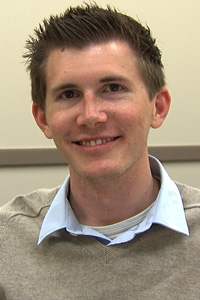 Eric Ritchie, a master's student in business administration in the Rawls College of Business, said the school's Twitter account has more than 1,300 followers and counting.

“I think one of the main reasons why we wanted to improve our Twitter account was to help brand the Rawls College of Business,” Ritchie said. “There were two things we were looking at; creating awareness for Rawls College and building brand online. Originally, when you would search the college on Google or Twitter, we wouldn’t even come up, and not many people knew us by that name. “

Ritchie and others set about changing the Rawls’ presence on Twitter by providing a snapshot on what a day at the college is like. Tweets are sent at 7:30, 9 and 11 a.m., as well as 1 and 3 p.m. Topics include information about classes, the new building, guest speakers and articles from business publications that may be useful for students.

“Our goal is to have all our tweets prepared at least 24 hours out,” he said. “We’re trying to keep a unified voice throughout our tweets, and we want to make it sound like one person is doing all the work from the three people doing it.”

In the beginning, the college had only 360 followers. Ritchie and his team began looking at how other business schools used their Twitter accounts and the number of followers at universities such as Baylor, University of Texas and other Big 12 schools.

After re-tooling the old account, the Rawls followers jumped to 1,300 and counting.  Ritchie’s team strives to put the college’s experts in front of people when certain topics trend and try to get retweets from large corporations, such as Coca-Cola, Target and Dillard’s.

“We’re just trying to connect,” he said. “The more people you connect with, the more people see your hashtag. Every day we go through and look at the number of tweets we sent out, how many times we were listed, Klout score and who retweeted us. Our goal for the end of spring is to have 3,000 followers.”

Teachers on Campus Use Twitters in their Classrooms