The second half of the series will feature Ailey II, Anoushka Shankar, Billy Collins and the Santa Fe Opera. 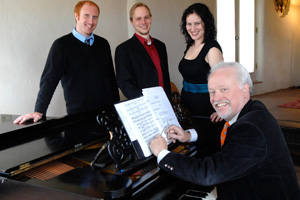 The Santa Fe Opera will perform at 7 p.m. April 29 in the Hemmle Recital Hall.

General Admission tickets are $15 for all events and are available through all Select-A-Seat locations or by calling (806) 770-2000.  Texas Tech students will receive one free ticket with valid ID at the Student Union Building information booth located at the entrance to the Allen Theatre on the campus of Texas Tech.