University researchers are checking weather and disease to discover reasons for decline. 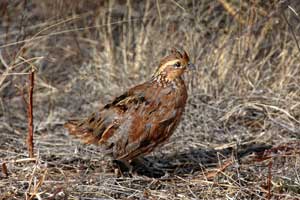 The Texas drought has left millions of quail with a lack of drinking water and has damaged large tracts of rangeland habitat.

A new study by Texas Tech wildlife biologists confirms that the drought and killing heat that gripped Texas for the better part of 2011 has sharply reduced quail numbers, with the die-off of adult game birds ratcheting up into the hundreds of thousands, followed by a very low rate of survival of chicks and smaller body weight than normal.

But the drought alone does not explain the rapid decline in quail numbers even in good years, according to additional research.

“This isn’t good news, but it’s not unexpected given the reduced rate of nest initiation and extremely low chick survival we’ve documented this past breeding season,” said Brad Dabbert, a game bird biology expert and an associate professor with Texas Tech’s Department of Natural Resources Management.

“Given the reduced numbers, it’s extremely important to shepherd as many birds as possible through the winter and spring,” Dabbert said. “We’re suggesting that landowners provide a milo feed supplement. In addition, we recommend severely curtailing or eliminating bird hunting this year.”

Climatologists say this year’s dry spell is the worst one-year drought since Texas began keeping rainfall records in 1895, and they predict that the cause of the drought – the weather created by the Pacific current called La Niña – may well extend into next year.

The scant rains have had an effect on the youngest of the quail. A yearlong study on Texas’ legendary 275,000-acre 6666 Ranch near Guthrie found that providing extra food was one of the few means for improving adult northern bobwhite survival and nest initiation.

“Unless supplemental feed was provided as a food source, there was very little chick production on the ranch,” said, Byron Buckley, a natural resources management graduate student working on Dabbert’s research team. “We found a 35 percent survival rate on areas where feed was supplied, compared to a 17 percent survival rate on areas that didn’t receive feed,” he said.

Even before Texas’ devastating drought, quail were already in trouble. Four years ago the National Audubon Society listed the Northern Bobwhite Quail as the No. 1 common bird in decline. From 1967 to 2007, the bird’s population decreased from 31 million to 5.5 million. 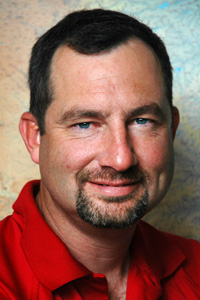 Brad Drabbert said the decrease in quail population is not unexpected, considering the reduced rate of nest initiation and extremely low chick survival documented this past breeding season.

“They’re declining everywhere, but quail numbers are higher here in the Rolling Plains than other parts of the country,” Dabbert said.

Finding reasons for the overall declining quail population and strategies to reverse the trend was the impetus behind a massive research project, known as the Quail-Tech Alliance Research Initiative.

Researchers at The Institute of Environmental and Human Health (TIEHH) at Texas Tech received $846,000 last summer to fund three studies looking at diminishing bobwhite quail populations across the state.

That money was part of $1.97 million allocated to Texas Tech as well as Texas A&M University by the Rolling Plains Quail Research Foundation to discover the culprit as to why these quail populations have dwindled to the lowest on record.

“I’d say the fall quail population on the Rolling Plains of Texas – one of greatest quail hunting areas in the country – declined by as much as 80 to 90 percent in 2010,” said Ron Kendall, director of TIEHH and lead investigator for one of the Texas Tech research projects. “This was a huge drop. Ranchers contacted us and said they were finding dead birds, or weren’t seeing quail like they had seen them before. This happened late in the summer of 2010 to a large degree.

“This decline in quail has a huge economic impact on this area. People come from all over the country to hunt quail here. They’re a big economic boost for our state and particularly out here in West Texas.”

Because of an abundance of rain and food in 2010 thanks to that year’s El Niño weather event, Kendall said most scientists have ruled out the weather as the culprit that year.

“We think it’s a disease or disease/contamination interface,” he said. “So we’ll be trying to find out what those contaminants are. The central receiving station for all the birds being examined will be right here at TIEHH.”

Steve Presley, a zoonotic disease researcher in charge of the central receiving lab and disease studies at TIEHH, said researchers at Texas Tech had found evidence of West Nile virus and Newcastle disease virus in quail populations in 2010.

The Bachelor of Science in Wildlife and Fisheries Management (Wildlife Management Track) is a degree program that produces graduates who can be certified as wildlife biologists by the Wildlife Society. Students graduate with a working knowledge of wildlife biology, wildlife ecology, population management and habitat management.

Following completion of this degree program, one will be qualified as a wildlife manager, wildlife consultant and wildlife biologist with the U.S. Fish and Wildlife Service, Texas Parks & Wildlife Department or as a game biologist with a private firm.