The competitive internal funding is the result of an initiative between Texas Tech and the Health Sciences Center. 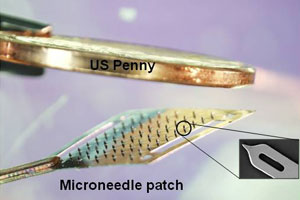 One of the proposals is titled "Minimally-Invasive Treatment of Tongue Carcinomas Using Microneedles."

The competitive internal funding competition is meant to provide seed funding to aid researchers in securing external funding from agencies such as the National Institutes of Health (NIH) and the Cancer Prevention Research Institute of Texas (CPRIT). This activity also is intended to foster long-term collaboration and closer relationships between researchers at the two universities.

Harvinder Gill, assistant professor of chemical engineering at TTU and Joehassin Cordero, associate professor and chief of the Division of Otolaryngology at TTUHSC, received a $50,000 grant for their proposal “Minimally-Invasive Treatment of Tongue Carcinomas Using Microneedles.”

“One advantage of having two universities on the same campus is that it allows for easier collaboration between scientists with similar interests” said Tedd Mitchell, Texas Tech University Health Sciences Center president. “This grant is a testament to the synergies our universities can create in the fight against cancer.”

“External funding is very competitive and difficult to win,” said Guy Bailey, Texas Tech president. “By combining the expertise of the excellent researchers at both institutions and providing seed funding we increase the chances for success in the external review process.”

The competition was divided into two categories: clinically focused and basic science focused. 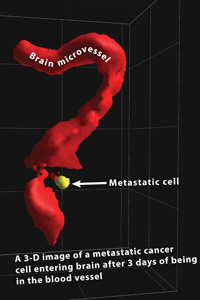 The other proposal is "Defining the Chemical and Physical Signature of Breast Cancer Cells Crossing the Blood-Brain Barrier."

The clinically focused proposal submitted by Gill and Cordero is to develop microneedles, or very small needles that are almost painless and can deliver drugs more accurately to cancer tissues. Microneedles could be used in the future to treat tumors of the mouth without having to surgically remove the tumors, enabling doctors to minimize speech, eating, cosmetic and psychological disabilities that often result from surgical removal of tumor-infested tissues, such as the tongue.

“Microneedles have tremendous potential for local treatment of mouth cancers,” said Gill. “They can allow micro-precision delivery of drugs directly into tumors and can minimize drug side effects. Microneedles can be assembled as patches containing tens of microneedles to treat large tumor surfaces or could even be attached to catheter tips to treat hard-to-reach areas of the mouth. Dr. Cordero and I are very excited to get this grant award to further develop this technology.”

The basic-science-focused proposal by Lockman, Mechref and Vanapalli will allow the researchers to define characteristics of breast cancer cells that are able to cross the blood brain barrier and eventually develop into a brain metastasis or a secondary tumor in brain that started from breast cancer.

“Once a woman receives a diagnosis of brain metastases of breast cancer, she only has a 20 percent chance to survive one year,” said Lockman. “Unfortunately, traditional chemotherapeutics ultimately fail in treating brain metastases. Understanding how these cells leave the main tumor, go through the blood stream and eventually migrate into the brain may be the first step into developing new therapies that may prevent the formation of brain metastasis. If our team is successful, I hope we may eradicate one of the major problems facing breast cancer patients.”

Fourteen proposals were received and reviewed by a committee composed of faculty members from across both universities.