Study showed Hispanic children with TVs in their bedrooms likely to engage in unhealthy lifestyles. 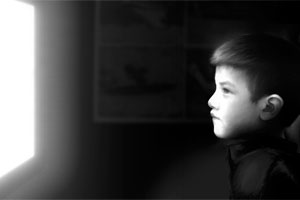 Roughly 50-77 percent of obese children may remain obese as adults, living with an increased risk for heart disease and type-2 diabetes.

With New Year’s resolutions often centering around improving family health, parents might want to think twice before buying their child a new television for Christmas.

A recent study conducted by the Texas Tech College of Human Sciences, in conjunction with the Texas Tech University Health Sciences Center School of Nursing, found that children with TVs in their bedrooms are more likely to engage in lifestyles that lead to childhood obesity.

Du Feng, a human development and family studies professor, was the principal investigator for the study. Using a community-based participatory approach, the research team implemented a U.S. Department of Agriculture multi-component intervention program aimed at prevention and control of childhood weight problems, specifically in low-income Hispanic children between the ages of 5 and 8.

Childhood weight problems have become a serious public health concern, with 50-77 percent of obese children remaining obese as adults and living with an increased risk for heart disease and type-2 diabetes.

“Sedentary behaviors, and television watching in particular, have been found to be a predictor of childhood overweight and obesity,” Feng said. “The overweight prevalence among Hispanic school-age children from kindergarten to sixth grade in southeastern Texas was 48.1 percent in 2006, which was the highest among all races.”

Reed mentioned a few simple implications from the study that may help parents prevent or reduce weight problems in their children.

She first suggests that parents who provide fruits and vegetables and support physical activity can provide a home environment that encourages healthy behaviors. Parents should refer to and follow the American Academy of Pediatrics’ recommendation of less than two hours of television per day, as well as its recommendations for children’s fruit and vegetable intake and strategies for increasing the quality and quantity of family meals.

With the holiday season approaching, Feng said parents can help their children by considering all possible effects before providing children with a TV in their bedroom.

“With the change in technology to high-definition TVs, parents may be replacing their current TVs with more updated models and put their older models in their children’s bedrooms,” Reed said. “I would like to emphasize the health value of having only one TV per household.”

For a list of fun activities families can do together instead of watching TV, visit http://www.familiesonlinemagazine.com/school/summer-fun-list.html.