Texas Tech law student and his collaborator have garnered more than 26 million views from videos. 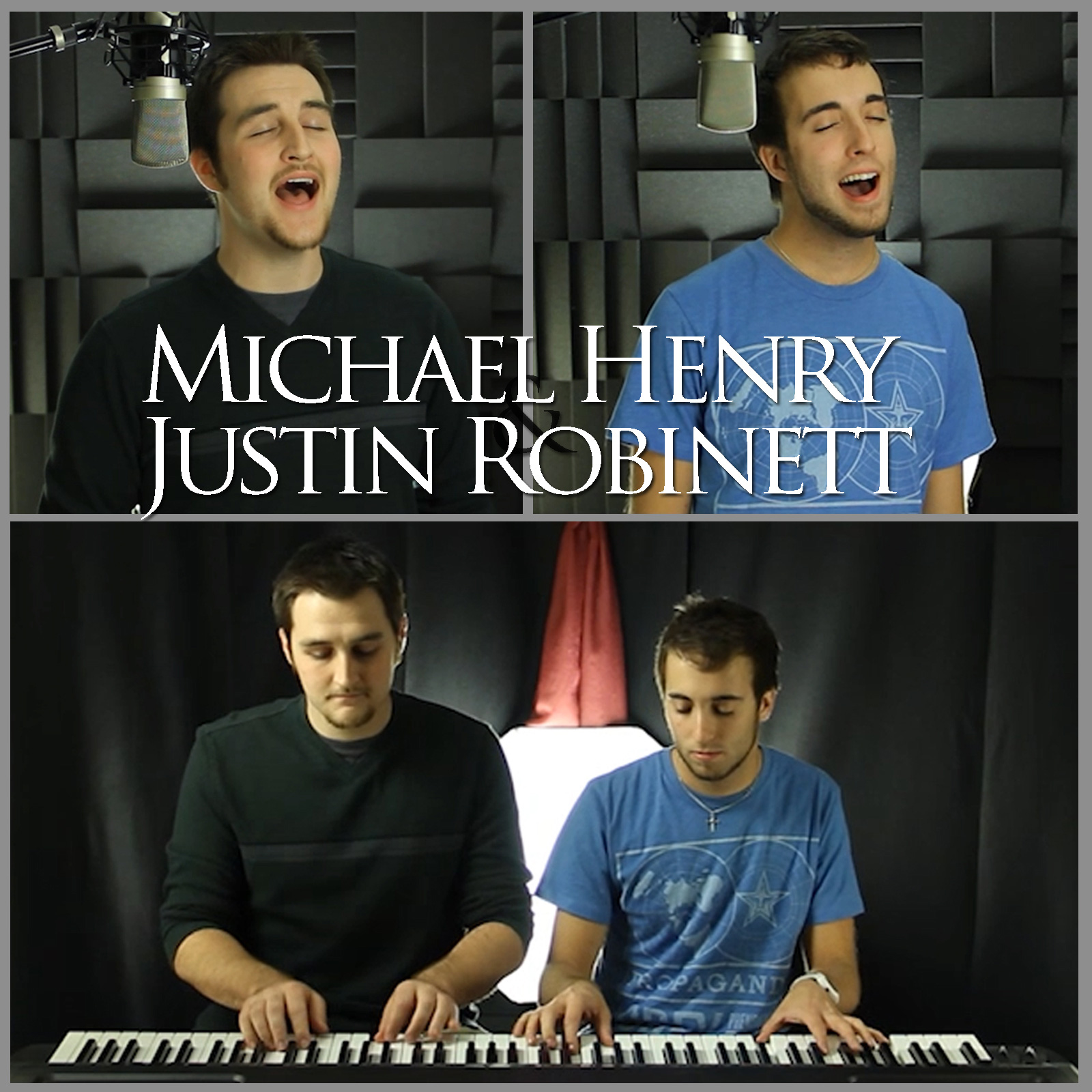 Posting their music videos to YouTube began as a side project for Henry and Robinett, but now it may lead to a viable career option for both.

Three years ago, a 14-year-old Canadian boy dreamed of becoming a music star. But before selling out Madison Square Garden or walking down red carpets, Justin Bieber was just trying to be noticed. Using YouTube to showcase his talent, Bieber turned himself into a household name.

Michael Henry, a Texas Tech University School of Law student, and his roommate, Justin Robinett, hope to follow the same path, and have periodically uploaded homemade music videos to the site since 2009.

Not knowing what to expect, Henry and Robinett said their videos slowly gained clout, and before they knew it, they had hundreds of views, then thousands.

“The first track we ever recorded was ‘Three Cheers for Five Years’ by Mayday Parade,” Robinett said. “We’re happy we did that because they were really the first band to feature two male artists. It set the tone for what we wanted to do and we ran with it.”

“I sent a recording of my voice to my mom at first to try the track out on her, and she asked ‘Who is this?’ I told her it was me and she still said, ‘No really, who is this?’” Henry said.

After the positive reception from YouTube fans and Henry’s mother, they continued to post videos, gaining more views and subscribers to their YouTube channel. Their followers became more loyal than Henry and Robinett expected, as well.

“We have some vocal and intense fans that will retaliate against those who bash us,” Henry said. “They are pretty vehement.”

“I don’t know what we did to deserve that either, but it’s pretty rocking,” Robinett said.

Henry, a Texas Tech philosophy graduate, will receive his law degree in May 2012 from the School of Law. Robinett attended Texas Tech for only a year, but attributes achieving his goals to the advice he received from the university’s faculty.

“I’m from Lubbock, and growing up I went to many band camps at Texas Tech, where I met percussion professor Lisa Rogers and percussion director Alan Shinn,” Robinett said. “They were a big reason I went to the university, and when I wanted to pursue another side of music performance, Shinn directed me to South Plains College. Without going to Texas Tech, I wouldn’t have found my right path.”

These days that path is landing both artists many opportunities. While Henry has legal contacts from Texas Tech, Robinett has musician contacts at South Plains, and relying on both, they began selling their cover songs on iTunes. Their first self-titled CD featured 13 songs of seven covers and six originals.

Due to time constraints, Henry and Robinett don’t record as much as they wish, but after their graduations in May they plan to collaborate with songwriters in either Los Angeles or Nashville.

“Right now our days are school pretty much all day,” Henry said. “I’m in class from 9-4, and I know more evenings than not I have mock trials and clinics. Any spare time we get, Justin and I will go to the gym or record songs.”

“We receive requests for weddings and collegiate events outside of Texas a lot, but we’re too busy right now to pursue them,” Robinett said. “We’re also working on our website and merchandise, which means many 9 p.m. coffee meetings with designers.”

More than just a hobby

What started as a fun side project has opened many doors for Henry and Robinett. Every day they receive a new email or phone call where more options arise. They are surprised by the opportunities that surface through their grassroots campaign.

“I’ll say the Internet is amazing. I don’t know how they find us, but for instance, Sony Music, we were on the phone with their vice president of marketing two days ago,” Henry said. “Just random stuff like that is incredible. I can’t help but be excited about it.”

“At this point, music is a viable career option, and we just can’t ignore it,” Robinett said.

Other questions will have to be answered along the way, such as which city to live in, backup band musicians for live sets and a possible band name.

For right now, Henry and Robinett are enjoying and adapting to their immense support.

“We both come from close-knit families who’ve been ridiculously supportive. They want to be involved and that’s helpful,” Henry said. “Also, it’s startling now that fans have noticed and approached us in public.” 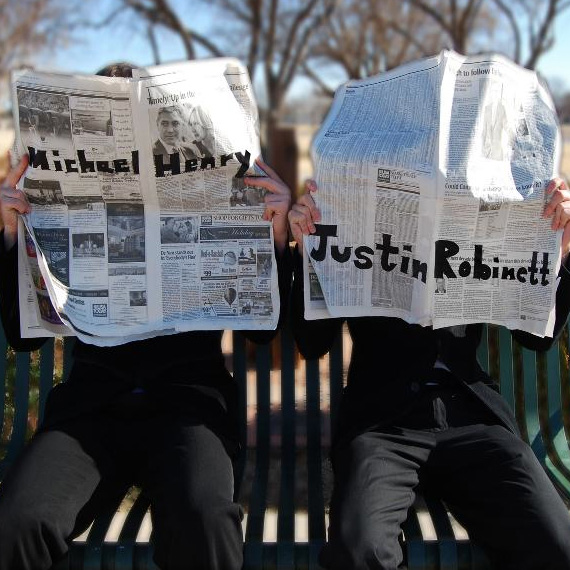 Henry and Robinett say that they are getting recognized out in public more often than before. They also say they are grateful for all their fans.

Henry said he remembers one encounter with a fan at a gas pump.

“I was putting in gas and the girl on the other side leaned over and while whispering, asked if I was Michael Henry. I told her yes and didn’t know what to say next,” Henry said. “It’s a little awkward, but I’d rather be approachable than have people stare, which is most of the time. Then I just think I have something in my teeth.”

In the end, Henry and Robinett, whose influences include John Mayer, Owl City and The Beatles, look forward to the next step of chasing their dreams.

“The further we get along, our videos get better and enhanced, but at the end of the day it’s still just us. I mean, we’re just two 20-year-olds in over our heads, but still in control while not being in control,” Robinett said as Henry coughed and retorted, “I’m 24.”

“Every day is a blessing and it’s baffling that people value me scribbling my name on a sheet of paper now,” Henry said. “By the way, we need to work on Justin’s signature.”

All joking aside, what started as a leisure pursuit has evolved into a unique experience. Maybe the next household names include two 20-somethings with dreams of changing the music scene.

To learn more about the duo’s adventure, follow them on Twitter at @JustinRobinett and @MichaelcHenry or view their videos here.