The university recorded the largest increase of all universities in the Big 12 Conference. 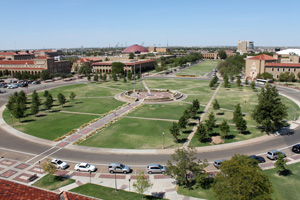 In a recent ranking of the most successful nonprofit fundraisers, the Texas Tech University System recorded the largest increase of all universities in the Big 12 Conference.

Listed at No. 149 out of all nonprofit organizations, Texas Tech placed ahead of schools such as Michigan State University, Auburn University, Rutgers University and the University of Nebraska in The Chronicle of Philanthropy's Philanthropy 400 list. It was an impressive move in the rankings for the Texas Tech System, having been ranked No. 246 in last year’s release.

“Advancing in these rankings is a direct result of Texas Tech’s continued fundraising success,” said Texas Tech University System Chancellor Kent Hance. “Texas Tech is fortunate to have many generous donors who realize the importance of higher education and greatly support the role our universities play in preparing future generations of leaders.”

Donations totaling more than $184 million helped Texas Tech improve its ranking in the 2010 annual list. The ranking in the Philanthropy 400 has significantly improved since 2006 when the university was listed at No. 303.

Kelly Overley, vice chancellor of Institutional Advancement for the Texas Tech University System, noted that Texas Tech was one of four universities in the Big 12 that posted a positive increase in the listing, while many other organizations slipped in the standings given the current economic climate.

“Texas Tech jumped up 97 spots from last year in these rankings, and that is tremendous considering these difficult economic times,” Overley said. “Texas Tech’s loyal donors combined with our hardworking development team has helped our fundraising efforts reach new heights, raising more than $100 million for the past five years.”

In September 2010, Texas Tech University System officials announced its historic, $1 billion capital campaign, Vision & Tradition: The Campaign for Texas Tech. As of Nov. 9, 2011, more than $823 million has been raised for the campaign that is supporting student scholarships, faculty endowments, research efforts and facility expansions at the three component institutions,

The Philanthropy 400 shows the organizations that raise the most from individuals, foundations and businesses. No government funds are counted. As a result, some organizations that are large but get most of their money from government agencies are not included. Full coverage of this year’s Philanthropy 400 rankings, plus a look at the 20-year history of the list, are available at http://philanthropy.com/400.

The Philanthropy 400 was compiled by Noelle Barton, Marisa Lopez-Rivera and Alex Richards.