The students hope to take their designs from the page to an East Lubbock landmark. 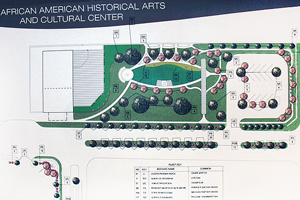 More than $70,000 in grants has already been targeted for the museum project, which aims to transform the Caviel Building.

An ambitious class of Texas Tech landscape architecture students hopes to take its design concepts for the first African-American museum in West Texas from the drawing table to an actual East Lubbock landmark.

More than a dozen students from the university presented their plans Wednesday (Nov. 2) to the Lubbock Roots Historical Arts Council. Among the design highlights were open-air theaters, winding tree-shaded paths, as well as art and history exhibits highlighting South Plains’ black history.

“It’s great for students to work with people in the community who share a common vision,” said Melissa Currie, an assistant professor in Texas Tech’s Department of Landscape Architecture.

Ten of Currie’s fourth-year undergraduates and five graduate students presented their projects to the Roots Historical Art Council. Each group of students had more than five large project sketches, including 3-D plans and renderings.

In preparation for the student project, Currie conducted research on ways of incorporating civil rights awareness into urban design. Then her students were required to research the civil rights movement and East Lubbock history and find ways to incorporate the concept into their work.

More than $70,000 in the form of a grant has already been targeted for the museum project, said Eric Strong, director of the Lubbock Roots Historical Arts Council. Looking ahead, Currie said the council will decide what parts of each project will be incorporated in the center’s final design. A construction start date has not been finalized. 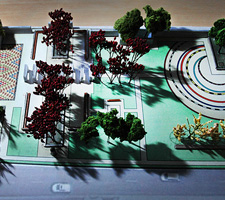 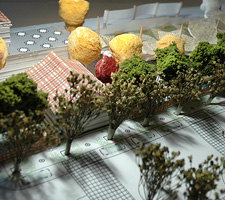 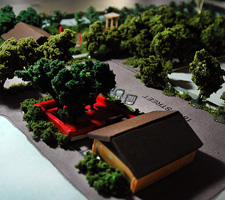 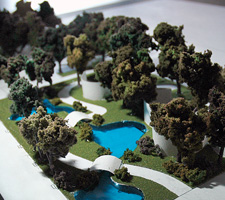