The school's one of 23 highest-rated national finalists for the grant designed to improve educator preparation. 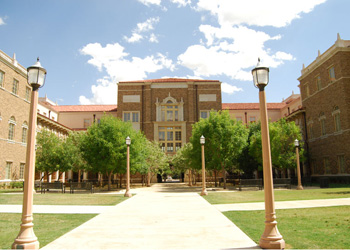 Dean Scott Ridley said the Obama administration is calling for the type of reforms in which the College of Education will be involved.

Texas Tech University’s College of Education is one of 23 highest-rated national finalists for a U.S. Department of Education Investing in Innovation or i3 Grant designed to improve educator preparation and K-12 student achievement. In all, 587 applicants applied for nearly $150 million dollars in this round of funding.

The college had to raise a 15-percent match of the funds it was seeking before the proposal was submitted. Dean Scott Ridley; and Elizabeth Haley and Karen Jacobsen, both development officers, raised the needed $450,000, which was contributed by six public/private entities.

The partnership will design and implement a competency-based initial teacher education program that produces new teachers who are highly competent in their subject-areas and teaching methods and who produce student achievement scores greater than the district average within two years of employment.  In addition, the partnership will implement and test the impact of competency-based school intervention in mathematics in grades 6-9 at six middle and high schools in LISD.

“America must transform its system of educator preparation so that teachers will not just ‘understand the content’ but can exhibit masterful competency at putting that material into action for the benefit of students,” Ridley said. “Teacher education must be reformed to foster adept teaching competencies built on knowledge and reasoning.”  After testing and refinement in LISD, the project will expand the competency-based school intervention model to other school districts across Texas.

“ ‘Our Future, Our Teachers,’ released by the Obama administration this month, calls for just the type of reforms in which the College of Education will be involved,” Ridley said, “and which will lead it to become a national model of how schools of education should be preparing the educators to influence the students and schools of the future.”