The students placed in the top three of the Texas Association of Creative Writing Teachers event. 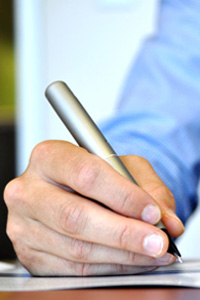 TACWT is made up of teachers, students and individual writers whose work focuses on literary arts in Texas.

“One of the poems I won the competition with was about the recent fires in Texas, and doing damage for something you care about,” Houle said. “I was fascinated with back burns, or basically setting fire to stop fire.”

John Poch, a professor of creative writing at Texas Tech, nominated Houle and Neylon’s poetry for the competition.

“Adam has a very succinct line that he works with,” Poch said, “and a clarity of imagery and overall clarity that just about any reader can be attracted to.”

According to its website, TACWT is a community of secondary and higher education teachers and professors, workshop facilitators, students and individual writers whose work focuses on proliferating literary arts in Texas.

Jill Patterson, a professor of creative writing at Texas Tech and the TACWT president, said the organization comprises of approximately 175 members and had 51 entries into the competition from Texas Tech, Texas A&M University and the University of Texas.

The organization’s yearly 2011 conference was held Sept. 22 in Austin.