Screenwriter and Director Inducted into the Mass Comm Hall of Fame

In 1991, Keith Samples founded and served as the CEO of Rysher Entertainment. 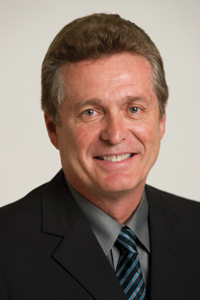 Keith Samples earned his degree in journalism from Texas Tech in 1977.

Texas Tech University’s College of Mass Communications will honor Keith Samples at the 2011 Hall of Fame Luncheon at 11:30 a.m. Oct. 14 in the International Cultural Center.

“I am extremely honored and humbled to be recognized at the Mass Communications Hall of Fame Luncheon,” Samples said. “The people I interacted with during my years at Texas Tech, both teachers and students, have been a constant inspiration throughout my career.”

Samples earned his degree in journalism in 1977. Following his graduation, he worked as the sports information director for the university before switching his career to the television and film industry. In 1991, Samples founded and became the chief executive officer of Rysher Entertainment, a company that has grown from the production and distribution house behind such television hits as “Saved by the Bell” and “Highlander: The Series.” Rysher Entertainment also produced such Hollywood films as “Big Night” and “Kingpin.”

After leaving Rysher Entertainment, Samples made his debut in 1997 as a screenwriter with the romantic comedy, “A Smile Like Yours.” He also was the director for the 2008 action thriller, “Love Lies Bleeding.”

“Even though I grew up in small towns far away from the movie business, I always dreamed about working in film and television. Movies seemed like magic to me as a kid,” Samples said.  “At Tech, I got the chance to interact with a number of people in the sports side of television through my jobs in the athletic department.”

Qualifications for election into the Hall of Fame include alumni who have been out of school for at least five years or a person who is not an alumnus, and who is not, at the time of the award, serving in any official capacity with Texas Tech.