Artists and scholars from around the world will speak and perform during this year's series. 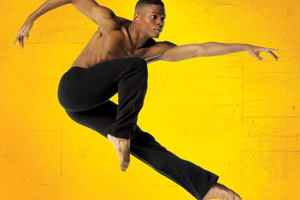 Ailey II, a critically acclaimed dance company, will be performing at the Allen Theater on Feb. 17.

The 2011-2012 Presidential Lecture and Performance Series at Texas Tech will feature leading scholars and artists from around the world.

Author and journalist Michael Pollan will speak at the Allen Theatre. Pollan was named to the 2010 Time Magazine 100 and has authored four New York Times best sellers.

Ailey II will perform at the Allen Theatre. Ailey II is a critically acclaimed dance company that presents dazzling performances and innovative community programs across the country and internationally.

Former United States Poet Laureate Bill Collins will appear at the Allen Theatre. His last three collections of poems have broken sales records for poetry. This program was funded in part by a grant from the Sybil B. Harringtons Endowment of the Arts of the Lubbock Area Foundation.

The Santa Fe Opera will perform at Hemmle Recital Hall.

General Admission tickets are $15 and are available through all Select-A-Seat locations  or by calling (806) 770-2000.  Texas Tech students will receive one free ticket with a valid ID at the Student Union Building information booth located at the entrance to the Allen Theatre on the campus of Texas Tech.