The New York Times bestselling author will speak at 7 p.m. on Oct. 28 in the Allen Theatre. 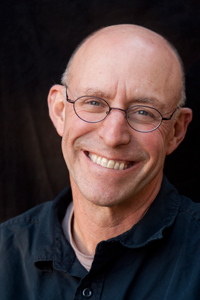 Pollan has written four New York Times bestselling books, including "The Omnivore's Dilemma" and "In Defense of Food."

Daniel Cunningham was an obese pre-diabetic college dropout with little direction or focus in life until he received a copy of Michael Pollan’s book “The Omnivore’s Dilemma.”

Pollan, author of four New York Times bestselling books and one of Time Magazine’s top 100 most influential people will be the first presenter for Texas Tech University’s Presidential Lecture and Performance Series. Pollan will speak at 7 p.m. Oct. 28 in the Allen Theatre.

“This book literally changed my life,” said Cunningham, now a senior environmental horticulture major at Texas Tech “After losing more than a hundred pounds, I am extremely motivated and following my passion in life. I have read all of Pollan’s books a number of times, and quote from them on a daily basis.”

Cunningham was given “The Omnivore’s Dilemma” from a stranger and has since passed on the book to someone else. His only requirement was that they promised to pass it on to someone else in hopes that other folks would be enlightened as well.

Some of Pollan's top selling books: