Honorees for 2011 will be recognized at the 29th Annual Distinguished Alumni Luncheon to be held at 11:30 a.m. Oct. 13 at the Lubbock Country Club.

The Distinguished Alumni Awards are given to graduates of the College of Human Sciences who have advanced the reputation of the college through their significant achievements. 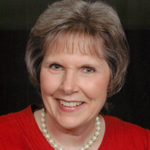 Joan Crawford Chandler, former north regional program director for Family and Consumer Sciences at Texas A&M AgriLife Extension in Lubbock, received her Bachelor of Science in Home Economics Education in 1976. After receiving her degree, Chandler worked as an extension agent in home economics and family and consumer science in numerous Texas counties for more than 30 years. She earned a Master’s of Education in Curriculum and Instruction from the University of Tyler before stepping into her current role. As north regional program director, Chandler led employees in 67 Texas counties, working with 35,000 families and youth in the Texas Panhandle area. 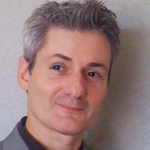 John DuBard refers to his very successful and rewarding career in interior design as “quite by accident.” It was not until after his first adult architecture job in Los Angeles where he first learned the true nature of interior design, that DuBard found his true calling. DuBard went back to school at Texas Tech and received his Bachelor of Science in Interior Design in 1997. Now an interior designer with Parkhill Smith & Cooper, a well-known, full-service design firm, DuBard genuinely enjoys going to work and has collaborated on more than 400 projects in a variety of different arenas, such as healthcare, government, education and banking. DuBard said his favorite spaces embody all of these attributes, yet appear simple and uncomplicated. 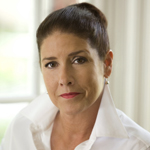 Patti Flowers, a 1978 Bachelor of Science in Fashion Design graduate, says design is not only about creating that special piece, but also helping her clients build extraordinary and lasting memories. As owner and head designer of Patti Flowers Design Studio, a fashion design company in Dallas. Flowers has been featured in many respected publications, such as Women’s Wear Daily, People Magazine and Ebony Magazine. Prior to owning her own business, Flowers worked in the industry for nearly 30 years, including 14 years as an in-house designer for Stanley Korshak, an exclusive Dallas store. Actively involved in many organizations in her community, Flowers serves on various boards, has chaired numerous fundraising events supporting the diverse needs of the Dallas Community. She has been a member of the Junior League of Dallas since 1985 and is a member of Saint Michael and All Angels Episcopal Church. 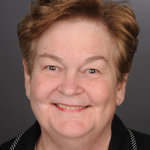 Carol Seaborn, an educator at heart, received her bachelor’s in Home Economics Education from Texas Tech in 1971 and her master’s degree in nutrition in 1984. She now has more than 30 years of teaching experience. After seeing a need for education about healthier lifestyles while teaching high school, Seaborn earned her doctorate in nutrition in 1990 from Oklahoma State University. The now tenured food and nutrition professor at Stout University is approaching year 25 educating at the college level. Getting to assist students on a daily basis is what makes Seaborn’s career special. She is most proud of not her own research, but the more than 50 graduate student theses she has had the opportunity to chair and advise. In addition to teaching, Seaborn is also a member of the American Dietetic Association, Society for Nutrition Education, Research Society for Sigma Xi, American Society for Nutrition, and the American Family and Consumer Sciences Association.

The New Achiever Award is given to graduates from within the last 12 years who have enhanced the reputation of the College of Human Sciences through their emerging achievements. 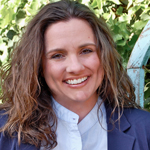 Amanda Kay Baker received both her bachelor’s (2002) and master’s (2006) in human development and family studies (HDFS) from Texas Tech. As managing director of the Ranch at Dove Tree (RDT), a Lubbock-based treatment facility for chemical dependency, Baker supervises more than 100 staff members to support four licensed levels of care. She is also responsible for developing curriculum for residents of the facility and serving as a liaison between RDT and the community. The RDT is currently in the process of adding an eating disorder treatment facility to its program, for which Baker served as a driving force in attaining. Baker also worked hard to launch the recently opened sober living community, which serves as ongoing support for recovering individuals and makes RDT the most comprehensive treatment facility in the Texas South Plains Region. In addition to her full-time job, Baker is currently pursuing her doctorate in HDFS and committed to a partnership between RDT and Texas Tech’s Center for the Study of Addiction and Recovery Studies.

The Distinguished Leadership Awardrecognizes a significant leader who has achieved the highest levels of excellence in one or more fields associated with the College of Human Sciences. 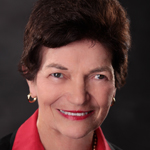 Helen Brittin, a former professor in the department of food and nutrition, served the Texas Tech community since 1965. Brittin’s teaching career at the university began as an instructor while she earned her master’s degree and continued for five more decades as an assistant professor and professor. Research completed by Brittin on meat, iron in food, sensory evaluation and cultural aspects of food gained recognition for both her and Texas Tech, resulting in more than 100 publications and presentations, including two books. Brittin valued the role of culture in food and both designed and taught a senior level course, Cultural Aspects of Food, from 1970 to 2004. Brittin exhibits strong leadership as a member of the Texas Tech faculty council and faculty senate, Phi Kappa Phi, Tenure Advisory Committee, Athletic Council, Dean Search Committee and as a faculty sponsor for Texas Tech Mortar Board and Tau Beta Sigma. In addition to her many achievements as an educator, Brittin serves as a reviewer for seven journals, including the Journal of the American Dietetic Association and Public Health Nutrition Journal and has served as a board member for the South Plains Food Bank and Breedlove Dehydrated Food.

The Lifetime Distinguished Service Awardis reserved for those who have significantly advanced the college and its goals of excellence in teaching, research and service. 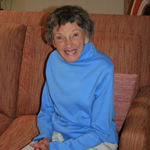 Evelyn M. Davies has contributed significant amounts of both time and money to Texas Tech, specifically the College of Human Sciences’ Center for the Study of Addiction and Recovery (CSAR). Along with serving as a CSAR Advisory Board member for more than eight years, Davies has also donated numerous endowed scholarships to the program and currently holds the largest endowment providing scholarships for recovering students. Davies serves as a trustee of the Diamond M Foundation, which created and funded a fine arts wing at the Museum of Texas Tech. She has also made many personal donations to the Southwest Indian Art collection. She also has been notably involved in the Ranching Heritage Association, the Lubbock Area Foundation, KOHM, KTXT, the Chancellor’s Council, Texas Tech Alumni Association, School of Music and the College of Arts and Sciences. Outside her work for Texas Tech, Davies supports her church through many philanthropy projects, some of which include repairing damaged roofs and helping abused women.