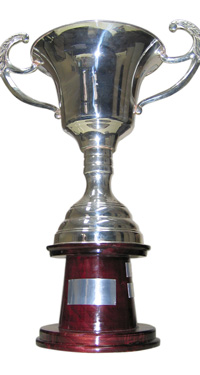 “Once again, this team exceeds my expectations,” said Joe Gantt, director of forensics and debate coach. “Our senior debaters won 45 debates this weekend and lost only five. That is just incredible consistency on their part. Our freshman teams also stepped up to varsity competition and each came home with success. This is the best start to a season we’ve ever had, and I expect that we will be ranked extremely high as a school and as individual teams when rankings get published in the next week.”

Much of Texas Tech’s success came at the first tournament, hosted by the University of Utah on the USAFA campus. Texas Tech had three of the four semifinalist teams at the tournament after strong preliminary debates and wins in early elimination rounds.

The team of Tyler Cashiola, a junior communication studies major from Deer Park, and Kevin Thompson, a freshman political science major from Rising Star, was assigned to debate against a team from Carroll College in Montana in the semifinal debate, with a rare three-way Texas Tech tie for first place in the balance.

The three-way tie for first place was Texas Tech’s first “closeout” of a tournament since 2006. Donaghy, Schaefer, Seymore and Kennedy were all named among the top ten individual speakers at the tournament.

Another notable performance of the team was turned in by Jett Elliott, a freshman chemistry major from Clear Lake, and partner Zach Wesley, a freshman communication studies major from Crandall, as they advanced to elimination rounds at their first-ever varsity division debate tournament.

At the second tournament, Texas Tech could not quite duplicate its extremely rare performance at the first tournament, but still had successful results.

Cashiola and Thompson again reached the final debate round, falling to a team from the University of Montana and finished in second place out of 32 teams. Donaghy and Schaefer finished 3rd, and Kennedy and Seymore finished in fifth place.

Another Texas Tech freshman team advanced to varsity elimination rounds in the second tournament as well, as the team of Drew Hoffmaster, a freshman chemical engineering major from Alief, and Dylan Nikoletopoulos a freshman pre-journalism major from Bozeman, Mont., won four preliminary debates and were among the top teams at the tournament in their first weekend of collegiate debate. Finally, Wesley punctuated the Texas Tech performance by advancing to the final round in extemporaneous speaking.

The team will travel next to the Lewis & Clark College tournament, to be held Oct. 7-9 in Portland, Ore.