Christine Robitschek recently was named an American Psychological Association fellow because of her research with Personal Growth Initiative. 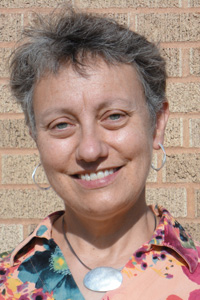 If incorporated, Robitschek believes PGI will have a positive impact at Texas Tech and other colleges.

The Personal Growth Initiative (PGI) construct, created by Texas Tech professor Christine Robitschek in 1998, is defined as a person’s active and intentional involvement in changing and developing as a person.

While this study originally sought to observe how PGI related to levels of depression, Robitschek said researchers were surprised to find levels of depressive symptoms did not tell them anything about a student’s GPA. However, PGI was found to explain 22 percent of the variability in GPA, while the SAT studies report only explaining 12 percent.

The SAT assesses student ability to succeed at the college level through a standardized method. The test evaluates students in specific areas, such as reading comprehension, mathematics and writing. On the other hand, PGI is less academically focused, evaluating an individual’s capacity for personal growth.

“It looks like being able to use resources to help with the personal growth process and engaging in intentional behavior might be the two most important parts of PGI in predicting GPA,” Robitschek said. “This is reasonable when thinking about success in college.”

She suggested if students are struggling, they need to identify and make use of resources, such as instructor office hours and the student counseling center. It is important they act on the plans they make to change study habits and other behaviors that will improve their college success.

Robitschek was recently named a Division 17 American Psychological Association fellow for her work with PGI. Fellows are awarded by the psychological community for outstanding and lasting research.

Robitschek sees PGI having a positive impact at Texas Tech and other college campuses. This includes use at orientations, in classrooms and with struggling students.

“I think it would be useful to administer the PGIS-II (one of the survey variations of testing PGI), during new student orientations as part of a program teaching students about how to succeed in college,” Robitschek said. “Orientation staff can talk with students about the benefits of intentional personal growth, particularly during college, the students’ strengths and weaknesses on the dimensions of PGI and how to increase their PGI.”

Robitschek said in classrooms, instructors can approach learning study skills from a personal growth perspective. Talking about PGI and how to incorporate basic skills for intentional growth while also directly addressing academic problems with struggling students could be a helpful activity any faculty or staff member could take part in.

“The goal of this approach would be to teach students the process of self-change,” Robitschek said, “so that if they struggle again in the future, whether in school or later in life, they will have the personal growth skills needed to adapt and grow to meet the demands of new situations.”