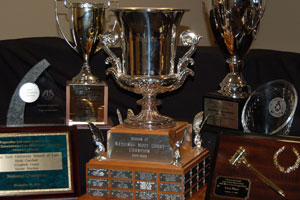 Texas Tech University School of Law’s Advocacy Programs are featured in an article in preLaw’s Back to School 2011 issue.

The article, “The Moot Court Stars,” takes a look at the best moot court programs in the nation and includes comments from the directors of those top programs, including Robert Sherwin, Texas Tech law school’s director of advocacy programs.

Rankings of the top law school advocacy programs according to the Blakely Advocacy Institute and Brian Koppen are also displayed with Texas Tech appearing as the No. 2 ranked program in both listings.

Aside from the notoriety these championships bring to a law school and the practical lawyering skills that students learn by competing, the opportunity to participate in advocacy competitions can also enhance one’s law school experience, Sherwin said in the article.